June 28, 2022 Catholic News Agency
Home»Commentary»Q&A: Why is gay marriage wrong and how can we explain it to others?
Commentary

Q&A: Why is gay marriage wrong and how can we explain it to others?

Dear Father:  I am frightened by what I am seeing now as a surge in our country toward acceptance of homosexuality and gay marriage.  Many among us are unable to see and explain why this is wrong.  Could you please let us know what the Catholic Church is doing nationally to respond to attacks against traditional marriage?

Dear Reader: Thank you for your timely and urgent question. The mainstream media has devoted much attention to the promotion of same-sex marriage or really “the redefinition of marriage.” The Supreme Court recently heard two cases — one dealing with the Defense of Marriage Act and the other with California’s Proposition 8. In the midst of the media frenzy, endorsements from celebrities favoring the redefinition of marriage, pressure from lobby and advocacy groups, some perceive that nationally there has not been much of a response. What has been the national response of the American bishops?

One can find the response on the page on the website of the United States Conference of Catholic Bishops dealing with the promotion and defense of marriage. (Click here to visit page.)

There you will find many resources including short videos featuring Archbishop Salvatore Cordileone of San Francisco who is the current chair of that bishops’ subcommittee; catechetical resources (both in print and in video); the legal documents (amicus curiae briefs) submitted by the USCCB in the above-mentioned Supreme Court cases, as well as Cardinal Dolan’s letter to President Obama; the bishops’ call to prayer and fasting; bulletin inserts and the like.

Archbishop Cordileone led the prayer at the recent March for Marriage in Washington, D.C. Unfortunately, the mainstream media ignored the March for Marriage in general and some of the remarks of Archbishop Cordleone. USA Today’s Richard Wolf interviewed him. In that interview, Archbishop Cordileone gives clear answers, which can be useful to many Catholics in defending marriage as a union between man and woman. Often the debate has been framed around “equal rights”; he frames the debate around what marriage is. There are two very different understandings of marriage competing with each other. [I would also refer you to an excellent book by Sherif, Girgis, Ryan Anderson, and Robert George, What is Marriage?: Man and Woman: A Defense. This book gives clear answers as to how to defend marriage.]

Archbishop Cordileone shows how favoring traditional marriage is not bigotry or discriminatory in the way that racial prejudice was. He begins to tell a few stories of people who have been harmed and who could be harmed by the redefinition of marriage; telling the narrative is critical to persuading the public. He is one bishop, but he is the chairman of the subcommittee, and many bishops, of course, share his sentiments.

Mostly, the bishops cannot do anything themselves; rather, they lead the flock — the laity — called to be a leaven in the world. To that end, during the Year of Faith, the bishops of the United States have called for a nationwide effort to advance a movement for Life, Marriage, and Religious Liberty, encouraging Catholics to engage in practices of prayer, penance, and sacrifice. They have called for monthly eucharistic holy jours in cathedrals and parishes for this intention; the recitation of the daily rosary; special prayers of the faithful at Mass; fasting and abstinence from meat on Fridays, and will hold a second Fortnight for Freedom this summer. One cannot underestimate the power of prayer and fasting, nor should one place too much trust in politicians or the courts.

The bishops preach and teach in the name of the Lord, but they rely on priests and deacons to preach and teach in parishes and on leaders of faith formation to provide opportunities for Catholics to learn more and to be engaged. Parents exercise a role in teaching their children the truth about marriage and about God as its author.

There is often resistance to truth in our fallen world. This does not mean that the church should ever cease proposing or proclaiming the truth. The world and its values are changing rapidly. One can either be swept along with the tide or be rooted firmly in the Lord. The point I want to make is this: Catholics, not just the bishops, have a collective responsibility to promote and defend marriage.

Editor’s Note: Father Earl Fernandes is dean of Mount St. Mary’s Seminary and the Athenaeum of Ohio, where he is assistant professor of moral theology. To ask Father Fernandes a question about the Catholic faith, send an email to Steve Trosley or write to The Catholic Telegraph, 100 East Eighth Street, Cincinnati, OH 45202.

Q&A: Why is gay marriage wrong and how can we explain it to others? 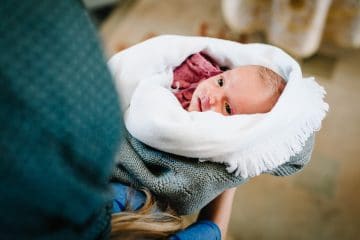