July 1, 2022 The Catholic Telegraph
Home»Home Page»Refresher on the rules of fast and abstinence during Lent 2022
Home Page/Local News

Ash Wednesday is March 2. 2021. Below are some of the rules and regulations binding on Roman Catholics on Ash Wednesday and throughout the penitential season of Lent.

Lent is a 40 day season of prayer, fasting, and almsgiving that begins on Ash Wednesday and ends at sundown on Holy Thursday. It’s a period of preparation to celebrate the Lord’s Resurrection at Easter. During Lent, we seek the Lord in prayer by reading Sacred Scripture; we serve by giving alms; and we practice self-control through fasting. We are called not only to abstain from luxuries during Lent, but to a true inner conversion of heart as we seek to follow Christ’s will more faithfully. We recall the waters of baptism in which we were also baptized into Christ’s death, died to sin and evil, and began new life in Christ.

Many know of the tradition of abstaining from meat on Fridays during Lent, but we are also called to practice self-discipline and fast in other ways throughout the season. Contemplate the meaning and origins of the Lenten fasting tradition in this reflection. In addition, the giving of alms is one way to share God’s gifts—not only through the distribution of money, but through the sharing of our time and talents. As St. John Chrysostom reminds us: “Not to enable the poor to share in our goods is to steal from them and deprive them of life. The goods we possess are not ours, but theirs.” (Catechism of the Catholic Church, no. 2446).

In Lent, the baptized are called to renew their baptismal commitment as others prepare to be baptized through the Rite of Christian Initiation of Adults, a period of learning and discernment for individuals who have declared their desire to become Catholics.

Ash Wednesday is one of two yearly days of obligatory fasting and abstinence for Roman Catholics, along with Good Friday. According to the United States Conference of Catholic Bishops, the norms of fasting are obligatory from age 18 until age 59.

Fasting means a person is permitted to eat one full meal. Two smaller meals may also be taken, but they are not to equal that of a full meal.

The rule of abstinence from meat is binding upon Catholics aged 14 and onwards.

Members of the Eastern Catholic Churches are to observe the particular law of their own sui iuris Church.

For those outside the age limits, Canon Law notes that “Pastors of souls and parents are to ensure that even those who by reason of their age are not bound by the law of fasting and abstinence, are taught the true meaning of penance.”

“Those that are excused from fast and abstinence outside the age limits include the physically or mentally ill including individuals suffering from chronic illnesses such as diabetes.  Also excluded are pregnant or nursing women.  In all cases, common sense should prevail, and ill persons should not further jeopardize their health by fasting.”

The other obligatory day of fasting and abstinence is Good Friday, the day on which Catholics remember the death of Jesus on the cross. On the U.S. Bishops website, they explain the Good Friday fast should, when possible, last through the Easter Vigil on Holy Saturday night.

While those are the only two days of full fasting and abstinence required, all of Lent should be a time of spiritual formation and preparation for Easter.

“For all other weekdays of Lent, we strongly recommend participation in daily Mass and a self-imposed observance of fasting,” the bishops wrote in the Pastoral Statement on Penance and Abstinence. “In the light of grave human needs which weigh on the Christian conscience in all seasons, we urge, particularly during Lent, generosity to local,national, and world programs of sharing of all things needed to translate our duty to penance into a means of implementing the right of the poor to their part in our abundance. We also recommend spiritual studies, beginning with the Scriptures as well as the traditional Lenten Devotions (sermons, Stations of the Cross, and the rosary), and all the self-denial summed up in the Christian concept of ‘mortification.'”

The Catholic tradition of “giving something up” for Lent is a pious tradition but according to the USCCB website, it is not regulated by church law. 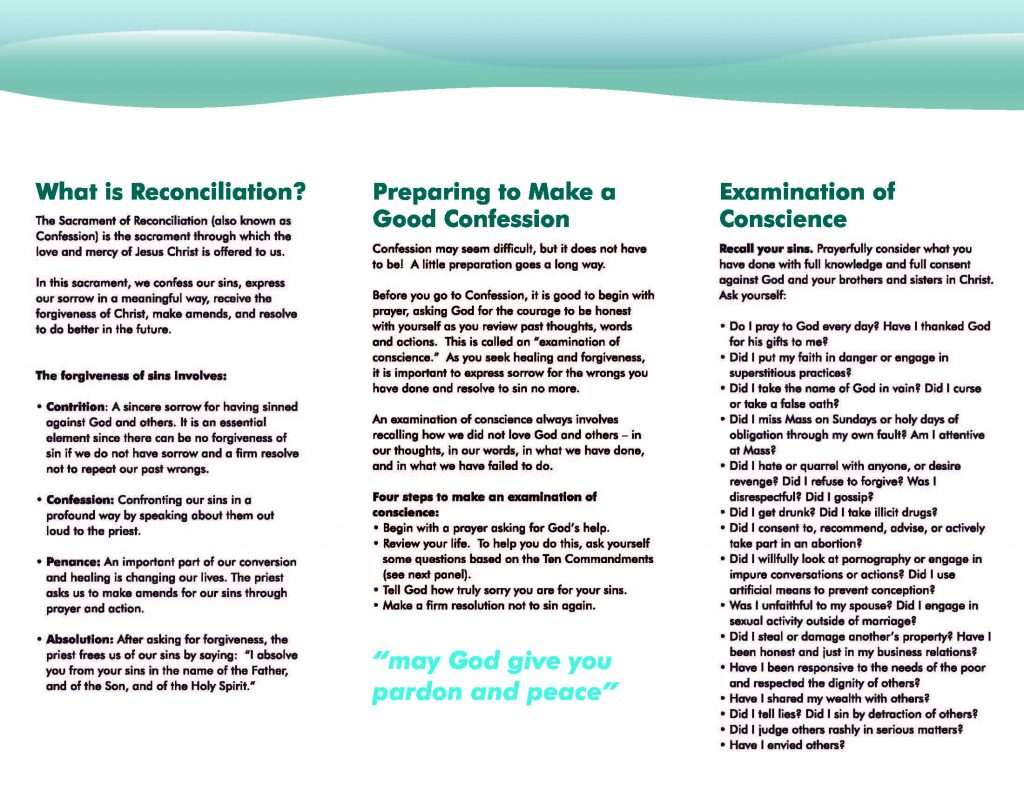 The prayer of absolution will change for US Catholics in 2023. Here’s how

The Art of Nursing: Catholic Nurses Create Network of Support