There’s a knack to turning the complexities of academic thought and making the intricacies of Church teaching understandable to the population in the pews.

Archbishop Daniel E. Pilarczyk had it.

His 15 books, his homilies, even his work post Vatican II translating the Latin Scriptures into English, show his pastoral dedication to provide an easier understanding of difficult subjects.

“He was always very good and precise theologically,” said Father Bob Hater, who was a year behind Archbishop Pilarczyk in seminary formation. “If there is someone with whom I would really want to check the official teaching of the Church, I would want him to look at it.”

“His interests centered with his connections, not only with the ordinary person, but how he kept in contact with the professionals. I respected him for that,” Father Hater said. “When I worked with him, I knew him well … and he was a very positive, bright, intelligent man of the Church who was concerned about people getting the doctrine and teaching right, and that was a great accomplishment.”

His bestselling book, Twelve Tough Issues: What the Church Teaches and Why, is a prime example of the archbishop’s talent for turning sometimes confusing issues into compelling and reasonable arguments in defense of Church teaching, among them artificial conception, capital punishment, divorce and remarriage, contraception, homosexuality, economics, warfare, priestly celibacy, ordination of women and others.

“The books he wrote were, in a certain sense, not academic. They were not scholarly works trying to contribute something new to human knowledge or something like that. They were more popular, pastoral types of books. They were very well informed, but they’re not books written by one scholar to other scholars.”

Callan said the archbishop’s books were largely intended “to help Catholics with their lives as Catholics – the people in the pews. He was very good at that.” In fact, Callan noted, Twelve Tough Issues was based in some part from columns written by the archbishop for The Catholic Telegraph.

“He wrote other books about moral questions and another major category of his books was focused on Scripture – books especially about Scripture as used in the Lectionary. These were all geared to the same audience… These Scripture books all took the Lectionary as the starting point – the readings you would hear on Sunday or the readings you would hear at certain liturgical seasons. They were not discussions of Scripture in general, but were focused on Scripture as it is used in the liturgy – the kind of thing that would be geared to people who are participating.

Most of Archbishop Pilarczyk’s books were published by Franciscan Media. Franciscan Father Pat McCloskey, editor of St. Anthony Messenger, recalled in 1999, when he first joined the full-time
staff: “We would send two, maybe three, people to the bishops’ meeting in the fall. When Pilarczyk got up to speak, people paid attention. During one of those meetings, he had a heart episode and was in the hospital in [Washington] D.C. for a couple of days.”

“While he was gone,” Father McCloskey remembered, “any number of bishops got up and said: ‘You know, if Archbishop Pilarczyk was here, he would make a comment along these lines’ – and so the man in his hospital bed was present.”

In addition to Archbishop Pilarczyk’s connection with the International Committee on English and the Liturgy for 10 years, his scholarship (he held doctorates in sacred theology and the classics) was instrumental in his being appointed to leadership positions, including president and vice president of the National Conference of Catholic Bishops.

“He led a lot of organizations and was considered to be a very clear thinker and a very good communicator. Those qualities also helped him be a good head of an organization,” Callan said. “There was a joke at the time he was made a bishop that his entry into the group of bishops raised the average IQ by 20 points. He was a smart guy and I don’t think anybody disagreed with it.”

But it is Archbishop Pilarczyk’s pastoral focus – his love for those who live their lives serving in their parishes or Catholic organizations – that so many remember and appreciate.

“It was his attempt in those years to raise the question of when we should use the word ministry,” Father Hater said. “There was a strong movement, and there still is, in regard to all ministry as it is rooted in baptism. But, Archbishop Pilarczyk always emphasized that it has to be done [under] the aegis of the direction of the Church, under the accountability of the Church instead of people going out on their own.”

“Yes, that would be Eucharistic ministers and catechists and RCIA leaders, ushers. Those kinds of offices come under the direction of ecclesiastical ministry – in some way made by the Church to work for the Church. But, it’s a little broader than that. It also could include people, for example, who work in soup kitchens. That’s not what they call ecclesiastical ministry, but it is ministry as long as it’s under the direct supervision of the institution. He always emphasized that.” 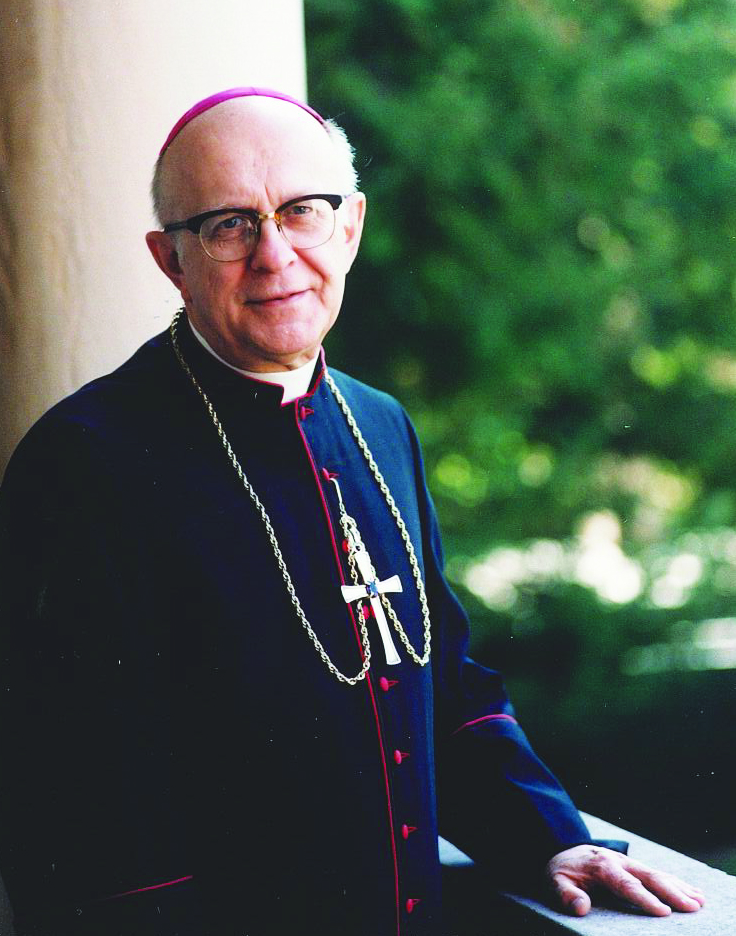