Retired priest Rob Waller, an avid flag enthusiast, designed a flag for retired priests living in West Milton. Featured in our print edition, the flag combines symbols of the priesthood with traditional flag design. Here is more about the project from Father Waller:

Melchizedek Village, named after the first priest mentioned in the Bible, is home to seven retired diocesan Roman Catholic priests.

The flag of Melchizedek Village is a flag of Christ’s priesthood and a flag for ordained priests. The predominant colors are red, white and gold.

Jesus Christ is Priest, Prophet and King. Catholic priests are ordained to share in the Priesthood of Jesus Christ.

The “alpha” and “omega” – the first and last letters of the Greek alphabet, meaning that Jesus is the beginning and the end of all things – and the “chi” and the “roh” superimposed on each other – the first two letters of “Christos,” the name of Christ in Greek – indicate that the book is the Word of God, who is Jesus Christ.

The Melchizedek Village flag had its beginning in the inspiration and at the initiative of Monsignor William (Bill) Myers, a native of Dayton and a priest of the Diocese of Steubenville, who recruited the help of Father Robert (Rob) Waller, a priest of the Archdiocese of Cincinnati, in designing the flag. Both priests were residents of Melchizedek Village at the time. The design of the flag and the payment for the flag were approved by Father Eric Bowman, the pastor of Transfiguration Catholic Church, West Milton. With the assistance and urging of Mr. Dennis Hile, the business manager of the parish, the cost of the flag’s production and the planting of the flag pole was paid for by the Catherine Lange Estate of the Transfiguration Center for Spiritual Renewal. The flag was raised for the first time on Thursday, August 3, 2017, the eve of the feast of St. John Vianney, the Cure of Ars, patron saint of parish priests. At the moment of the first raising of the main flag, flags of the same kind but of a smaller size were flying on each of the ten homes of Melchizedek Village. The landscaping design and implementation was accomplished by Michael Mayor as his Eagle Scout project, under the supervision of Mr. Bob Iiames, horticulturalist at the Lange Estate.

On behalf of Fr. Rob Waller, who collaborated with me, and the priests who live here at Melchizedek Village, a warm welcome and many thanks to all of you for being here.  Thanks in particular to Fr. Eric Bowman, Pastor of Transfiguration Parish, and Mr. Dennis Hile, business manager of Transfiguration.

We are very happy to have Michael Mayor and family members present, as this dedication completes his work for an Eagle Scout Award Ceremony yet to be announced.

All flags have a few important things in common.  First, they COMMUNICATE. They contain meaning, expressing a message about a nation or organization, values and purpose. Secondly, they CELEBRATE/COMMEMORATE events, anniversaries, history and significant places.  Thirdly, they help create COMMUNITY, the special bond that signifies what the group has in common.

With regard to this Flag, it identifies this group of priests here at the Melchizedek Village, but even more that which we have in common with all priests in this Archdiocese and around the world. Once understood and explained, it communicates Our Lord Jesus Christ as Priest, Prophet and King. This Flag, then, is used for the purpose of celebrating feasts and seasons, as well as commemorating those days in the church year which are appropriate, for example, the Solemnity of the Transfiguration, August 6, after which this center is so named. Finally, this Flag salutes the special bond of the priesthood we are privileged to share in the service of Our Lord and His Church. 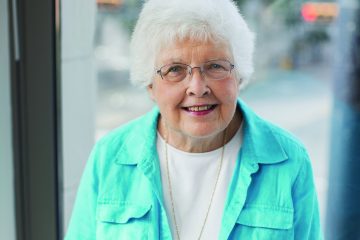