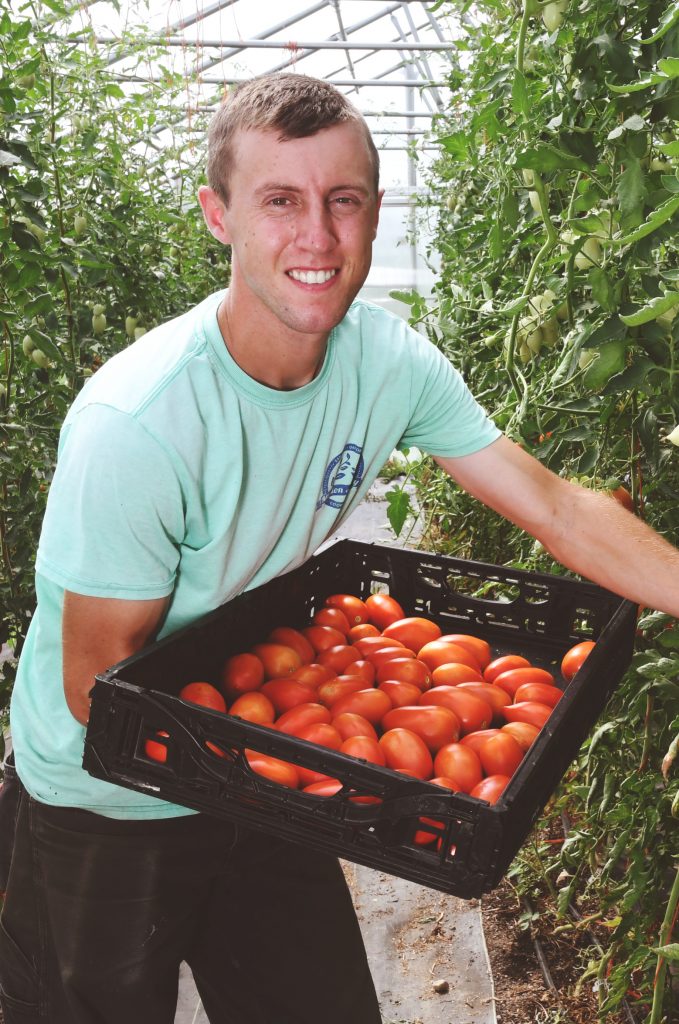 In the Twin Towers neighborhood of east Dayton lies a well-kept secret: the Mission of Mary Cooperative. Founded more than 10 years ago, the organization was created by recent University of Dayton (UD) graduates who wanted to continue living in the city as a Lay Marianist community.

“We saw room for potential with several churches in the area and vacant lots,” said Mission of Mary Executive Director, Michael Schulz.

Schulz and his friends were led to the Twin Towers neighborhood by Marianist leaders and found ways to connect with the neighborhood.

“We aimed to be present,” Schulz explained. “This wasn’t an overnight project.”

Upon further consultation and connection in the community, the group decided to create urban farms in the area. In 2009, Mission of Mary Cooperative workers planted their first garden. Today they manage four acres containing six urban gardens. In 2020, the organization produced 60,000 pounds of food and 65 different varieties of produce.

“We’ve been on an upward trend,” said farm manager Stephen Mackell. “We’re increasing our production as we get better at farming and more efficient with our systems. We try to make it as efficient as we can since we are in an urban space.”

An urban space, Mackell shared, that is literally getting back to its roots.“We sometimes joke that this land used to be farmland a long time ago when the earliest Dayton neighborhoods were the core of the city,” said Mackell. “Our neighborhood was farmland and the neighborhood next door to us was a fruit orchard. It’s cool that it’s somewhat going back to the original use of the land.”

As part of their operations, the organization sells the produce they farm. Through their Community Supported Agriculture (CSA) program, recipients receive a variety of vegetables from May through November, which includes information about the produce and different recipes to use it in.

Mackell said inspiration for the produce not only includes standard vegetables, such as carrots and lettuce, but also crops that are native to the immigrant and refugee populations in the community.

Schulz shared that at the core of Mission of Mary Cooperative is Mary and her call to say “Yes.” “Mary’s ‘Yes’ changed her life, and saying ‘Yes’ has changed our lives,” said Schulz. “When we say ‘Yes’ it’s God inviting us to take challenges ahead and do something about them.”

That’s something Marianist Brother Ray Fitz, SM, said he never had any doubts about when the group asked him to be an advisor and board member of the organization.

“They’ve done an outstanding job. It’s an excellent initiative on their part.” said Brother Fitz. “It’s a great operation and provides great things for the east side of Dayton.”

The Mission of Mary Cooperative is looking for volunteers to get involved with the organization this summer. Those interested are encouraged to visit their website, missionofmary.org

May 11: St. Ignatius of Laconi

Sunday Scripture: Spiritual lessons in the Lord’s passion and death