ST. LAWRENCE DEANERY — Members of St. Antoninus Parish in Covedale have a new and permanent way to honor their deceased loved ones. Their names can now be etched into a limestone plaque and placed in one of the walls in the new Rosary Memorial Garden. The garden was dedicated on the parish grounds earlier this year.

Over the years, Father Christopher Armstrong, pastor, said he was approached by people who wanted to donate a plaque or plant a tree in honor of a loved one.

“I wanted to have a more organized plan for memorial landscaping,” he said.

On a trip to Florida, a parish he visited had a similar garden and Father Armstrong thought the idea would work nicely on his campus. After discussions with the Building and Grounds Committee and Norbert Guetle, chairperson of the Finance Committee, the plans were put into motion.

“We contacted five architects and gave them our wish list and told them what we’d like to do and let them design it,” Guetle said.

The parish then chose the landscape architecture firm Stephen A. Smith Associates Landscape Architects to design the project.

Smith said he “took a rosary and laid it down on a piece of paper to get the design. I didn’t want it to be too formal. I wanted it to be fluid, like you’d lay it down on your table.”

Located on a piece of ground in front of the school and former convent and adjacent to the church, the garden features a path made up of concrete squares for each Hail Mary and colored concrete octagonal shapes for each Our Father. A large cross is at the entrance of the garden with a statue of the Blessed Mother on a pedestal in the place of the Hail Holy Queen medal.

Around the garden are six brick walls. The names of benefactors and those memorialized are etched onto the limestone wall caps or into plaques that are placed into the wall. The mysteries of the rosary are also etched. There are also a few memorial benches where people can sit and pray.

“We wanted it to be a place for people to walk and meditate through their walk and look at the walls,” said Guetle.

The project was paid for with donations from parishioners before the work even began. Considerable work needed to be done to prepare the site. A watering system was put into place. The walls were built by parishioner Greg Langenbrunner of G & G Langenbrunner Masonry.

The Blessed Mother statue, donated some years before, was touched up and moved to its present place. The concrete and brick work was done last summer. The trees and shrubs went in last fall, and the perennials were planted this spring.

“We used low maintenance plants that are drought tolerant and don’t need a lot of care but have some appeal,” said Smith.

They’ll be maintained by women from the Western Hills Garden Club who are also parishioners.

The garden was dedicated, first, on May 10, St. Antoninus’s feast day, with the school children and a balloon launch. A more formal dedication was held two weeks later with the praying of the rosary in church followed by a procession to the garden and hymns. Father Armstrong then blessed the new garden.

There are still plenty of opportunities to contribute to the garden. Father Armstrong says he’d like more benches. And, there are number of spaces available for names to be added to the walls. Prices vary depending on the size of the remembrance.

Father Armstrong said he is “very pleased” with the way the garden turned out. “It exceeded my expectation,” he said, adding he hopes that over time, people will find it a peaceful place for prayer.

Lifting things up to the Lord 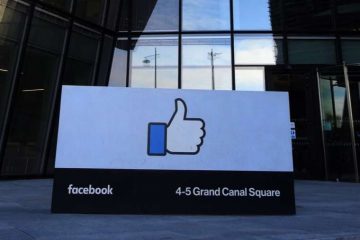