When in a cemetery, people speak in hushed tones and maintain a certain decorum. It’s almost as if it is hardwired into humans to respect the final resting places of our fellow men and women.

While all burial places deserve that level of respect, Catholic cemeteries have a special nature. Whether attached to a parish or in a central location, they provide a space to respect the dead and point the living toward understanding their own final destination.

“It is a very specific ministry that starts with the consecration of the ground by the bishop,” said Thomas Jordan, director of cemeteries at Gate of Heaven and Calvary cemeteries. “There are only two places in the Church that happens – the sanctuary of the church and cemeteries.”

The ministry aspect of cemeteries further differentiates Catholic burial grounds from public cemeteries. The Church views the burying of the dead as a Corporal Work of Mercy. Among the Spiritual Works of Mercy are comforting the sorrowful and praying for the living and the dead. At a Catholic cemetery, these works come into focus.

“It is an ongoing ministry for the living as well,” Jordan said. “That involves encouraging prayer, offering prayer, Masses being said on the ground. It is reflected in the way we care for the grounds and the fact that we intend to care for them long after there’s no more space available, all the way until the time that Jesus comes back.”

All cultures and faiths have rituals for burying or cremating the deceased. In the Catholic Church, burial rites are directly tied into the resurrection of the dead. Dr. Timothy Gabrielli, Gudorf Chair in Catholic Intellectual Traditions at the University of Dayton, said this stems from a “sacramental sensibility.”

“The care for [the] body is tied to a broader sacramental sensibility in Catholicism,” Gabrielli said. “Bodies matter. Bodies are holy. Think about the holiness of relics in our tradition. In life, bodies are the dwelling places of the Holy Spirit.”

Catholic cemeteries have a sacred nature and are the preferred final resting place for Catholic Christians, the burial site of any Catholic should be blessed. Canon Law mandates that “where it is possible, the Church should have its own cemeteries.” Where that is impossible, the Church suggests a designated space for Catholics within municipal or public cemeteries. At minimum, each individual grave should be blessed before the deceased is interred.

The Archdiocese of Cincinnati owns two cemeteries: Gate of Heaven Cemetery, northeast of Cincinnati, and Calvary Cemetery, near Springfield. There are multiple regional Catholic cemeteries in operation, and Jordan said there are more than 100 parish cemeteries in the archdiocese, slightly more than half of which are still active. According to Canon Law, every Catholic is permitted to choose his or her own place of burial.

“The belief in the resurrection of the body that we proclaim in the Apostles’ Creed establishes the continued holiness of our bodies beyond death,” Gabrielli said. “In death, we’re not disconnected or completely cut off from the Church, the Body of Christ. Thus, we return to the point of the communal liturgical celebration.”

“There is a fittingness in burial in a Catholic cemetery insofar as it facilitates memory of and prayer for the dead, communally,” Gabrielli added. “That is, not just of my family members, but for all those who have gone before us marked with the sign of faith.” 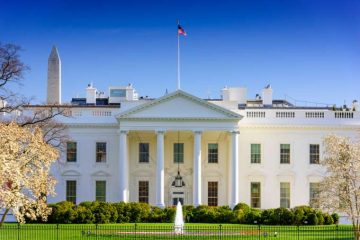