All Saints Parish, in association with the Batesville Deanery, is hosting its 5th annual E6 Catholic Men’s Conference on February 22nd, 2020, at the East Central H.S. Performing Arts Center in St. Leon, Indiana, 35 minutes northwest of Cincinnati. The conference will be held from 8:00am to 4:00pm.

Dr. Scott Hahn – Dr. Scott Hahn was born in 1957, and has been married to Kimberly since 1979. He and Kimberly have six children (two of which are seminarians for the diocese of Steubenville) and eighteen grandchildren. An exceptionally popular speaker and teacher, Dr. Hahn has delivered numerous talks nationally and internationally on a wide variety of topics related to Scripture and the Catholic faith. He is the founder and president of the Saint Paul Center for Biblical Theology. Dr. Hahn is also the bestselling author of numerous books including The Lamb’s Supper, Reasons to Believe, and Rome Sweet Home.

Fr. Donald Calloway – Fr. Donald Calloway, MIC, a prominent Marian priest, exhibits an unmistakable zeal for the priesthood and devotion to Our Lady. He is a well-known conference speaker on Divine Mercy and the Blessed Virgin Mary. He speaks passionately about these topics in his moving conversion story. He is the editor of two books: The Virgin Mary and Theology of the Body and The Immaculate Conception in the Life of the Church. He has also authored seven books: Purest of All Lilies: The Virgin Mary in the Spirituality of St. Faustina, No Turning Back: A Witness to Mercy, Under the Mantle: Marian Thoughts from a 21st Century Priest, Marian Gems: Daily Wisdom on Our Lady, Mary of Nazareth: The Life of Our Lady in Pictures, Rosary Gems: Daily Wisdom on the Holy Rosary, and Champions of the Rosary: The History and Heroes of a Spiritual Weapon.

Doug Barry – Doug Barry is a devoted husband, father, and founder of RADIX – BATTLE READY, a Catholic apostolate that focuses on encouraging and strengthening men, women and youth to be better prepared to fight the battles that we all face in the world today, body, mind and soul. Since 1992 he has traveled both nationally and internationally, speaking to young and old alike through television, radio and live appearances. Doug is probably known best for his one-man drama of ‘The Passion’ which began in 1992 and has been performed live around the world, and aired on EWTN the Global Catholic Network. For many years Doug was the co-host of EWTN’s ‘Life on the Rock’ and now currently hosts the television show BATTLE READY, also aired on EWTN.

Fr. Jonathan Meyer will be the principle celebrant of Holy Mass.

The E6 Catholic Men’s Conference is designed to bring men into a deeper relationship with Christ and His Catholic Church through: a worthy celebration of the sacraments, engaging talks to strengthen their faith, opportunities for true fraternity and exposure to good resources to aid them in living their faith as Disciples of Christ. In a world that is losing a truly biblical understanding of masculinity, fatherhood and brotherhood, this conference aims at equipping men to put on the Armor of God (Ephesians 6:10-18) and stand as men of Christ. The E6 Catholic Men’s Conference in 2019 was an overwhelming success, and 2020 looks to be bigger and better.

Admission is $40 for registration until 2.21.2020. Lunch included.  For more information go to www.e6catholicmensconference.com 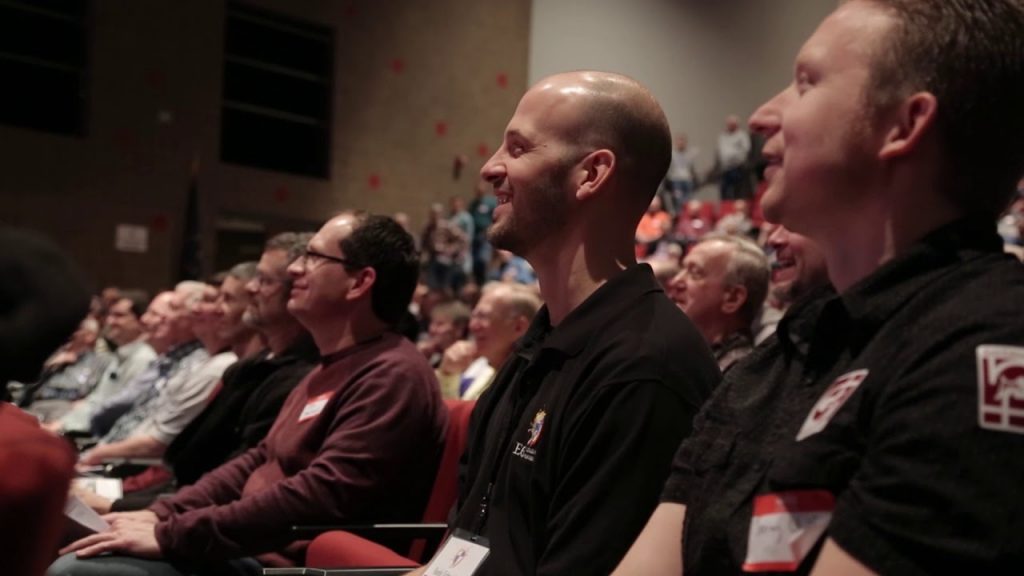