September 23, 2022 Greg Hartman
Home»Commentary»Seek the Lord: Sacrifices we make during Lent prepare us to celebrate the joy of Easter
Commentary/Home Page

Seek the Lord: Sacrifices we make during Lent prepare us to celebrate the joy of Easter 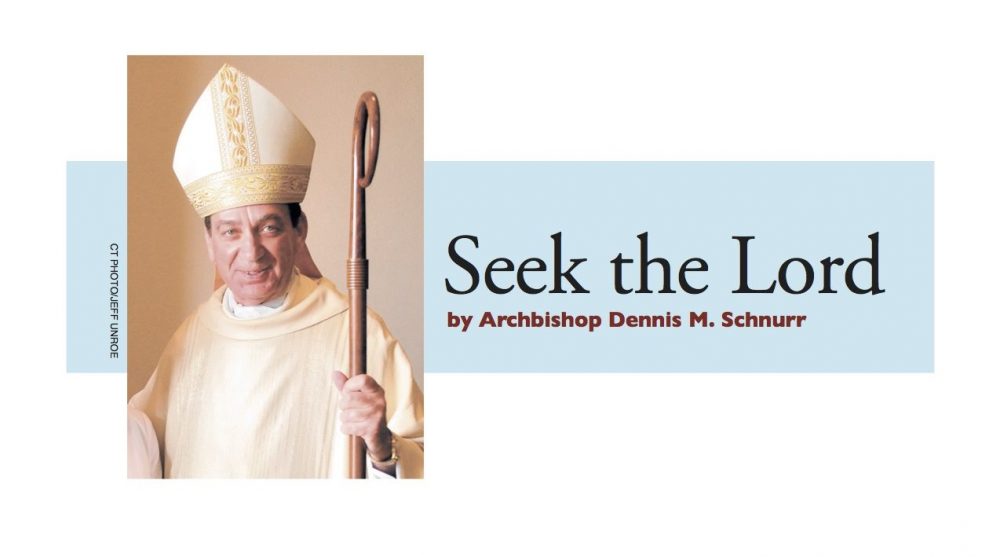 “Repent and believe in the Gospel.”

You may have heard this directive of Jesus pronounced as blessed ashes were placed on your forehead on Ash Wednesday. These few words, which were also part of the Gospel for the Second Week of Lent (Mark 1:15), encapsulate in brief the themes of this liturgical season.

Most notably, Lent is a penitential time as we prepare to celebrate the joy of Easter – 40 days in which we are called to soberly re-examine our lives and our relationship with Christ. This is a time to ask: Is Christ really at the center of my life? How have I sinned against the Lord and His people? What do I need to change?

For the elect – those who are seeking baptism, confirmation, and First Eucharist at the Easter Vigil – this process of self-search and repentance is accomplished in a special way. A series of ancient rites called the scrutinies are celebrated for them at Mass on the three middle Sundays of Lent. The Rite of Christian Initiation for Adults explains: “The scrutinies are meant to uncover and then heal all that is weak, defective, or sinful in the hearts of the elect; to bring out, then strengthen all that is upright, strong, and good. For the scrutinies are celebrated in order to deliver the elect from the power of sin and Satan, to protect them against temptation, and to give them strength in Christ, who is the way, the truth, and the life.”

At the same time, however, the scrutinies are not only for the elect. They can also have a profound effect on fully initiated Catholics in the congregation who both pray for the elect and reflect with contrition on what they themselves have done and what they have failed to do.

Such repentance is a necessary aspect of the Christian life. It is also an essential prelude to the Sacrament of Reconciliation, which is particularly appropriate in the Lenten season. If you did not celebrate this sacrament on Feb. 27, the light is still on for you. All parishes offer confession, and many have special opportunities during Lent.

The 40 days of Lent recall Christ’s 40 days in the desert as he prepared to launch his public ministry. During that time, He fasted and prayed. Similarly, the Christian community has long observed the season of Lent with prayer, fasting, and almsgiving. Through these disciplines of self-denial, we empty ourselves to make room for Christ. The church today has only a few requirements in this regard: Everyone 14 years of age or older is to abstain from meat on Ash Wednesday, Good Friday, and all the Fridays of Lent. Every person between the age of 18 and 59 is to fast on Ash Wednesday and Good Friday.

Many Christians choose to do more, however. In fact, “giving up” something for Lent in a symbolic act of penance is a popular practice even among inactive Catholics and members of other Christian traditions without a strong Lenten tradition. Perhaps that is because we all have a deeply-imbedded awareness of our sinfulness and the need to repent.

The second part of Christ’s instruction at the beginning of His ministry was “believe in the Gospel” or “good news.” What is the good news? “For God so loved the world that he gave his only Son, so that everyone who believes in Him might not perish but might have eternal life” (John 3:16). That is what we are preparing ourselves to celebrate at Easter. As the Catechism of the Catholic Church says, “Easter is not simply one feast among others, but the ‘Feast of feasts,’ the ‘Solemnity of Solemnities’… The mystery of the Resurrection, in which Christ crush-
ed death, permeates with its powerful energy our old time, until all is subjected to Him” (CCC 1169).

Because of the solemn and reflective nature of Lent, we do not sing the Alleluia during this season. We give it up for Lent! Some parishes even make a ceremony out of “burying the Alleluia.” Its joyful return is one of the highlights of the Easter Vigil for, as St. Augustine reminds us, “We are an Easter people, and Alleluia is our song.”

Claims of heresy over 'Amoris Laetitia' are out of place, cardinal says

Seek the Lord: Sacrifices we make during Lent prepare us to celebrate the joy of Easter 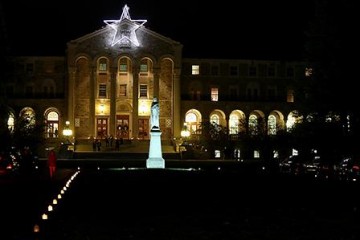