January 26, 2022
Home»Commentary»Seizing the moment of temptation to resist
Commentary

Seizing the moment of temptation to resist

It’s February. That means we’re all a month into our New Year’s resolutions. How’s it going so far? Don’t worry, I get it. It’s tough to quit a bad habit and start a good one.

What’s helpful for me is to be more aware of the steps from temptation to giving in. If we know what these steps are, then we can seize any one of them and pursue the good, before it’s too
late. After all, we don’t want to just seize the moment to share our faith or to proclaim the gospel. We also want to seize the moment to be holy, to be, as Matthew Kelly says, the best-version-of-ourselves.

I’ll be speaking specifically about the steps from temptation to sin, but this exercise is useful for avoiding any bad habit we want to overcome. Also, I’ll be referring to the devil because he’s a ready foil in the back and forth dialogue between ourselves and what tempts us. But, temptation doesn’t just come from the devil. It also comes from “the flesh” – our own bodily passions and desires – and the world, which is always competing for our time and attention.

Step 1: Recognizing – First, we become aware of a temptation. A voice pipes up: “You could steal that, ya know?” We are tempted to commit certain sins because they speak to a desire we have. But, the fact that we have particular desires or are tempted to heed them in unjust ways does not mean that we have sinned. We sin only when we act on the temptation.

The key is to banish the temptation as soon as we recognize it, to turn around and run in the other direction. If we debate with the devil, then he will almost always win. The best thing to do is to not let him have his say.

Step 2: Approaching – But, let’s say we don’t flee. Instead we say, “Really? Tell me more?” Then we are approaching. In this case, we don’t remove ourselves from the near occasion of sin. Instead, we draw nearer to it. We meet the devil in his chambers. We invite him to make his case. If the bad habit is over-eating, this would be opening the cupboard where the cookies are. If the addiction is alcoholism, this would be stepping into the bar.

Step 3: Listening – Listening means nourishing an interest in that which is sinful. In this step, not only have we invited the devil to make his case, but we are now listening intently and receptively. We may even be delighting in what he has to say. Of course, once the cupboard is open, then come all the reasons for eating: “No one will know.” “Just this once.” “I deserve this.” “This is the only way I’ll feel better.” “I can’t help it.” “I can just go to confession later.”

Step 4: Yielding – And with that, we yield. We give in. The reasons are too many and too convincing, even though they are contrary to reason. We accept the lies as the truth and we do what we were tempted to do.

But, just because we’ve yielded, that doesn’t mean the devil is through with us. Once the pleasure fades and we begin to feel disheartened, the tempter likes to fill us with self-loathing and despair in the hopes that we’ll abandon ever trying to resist him. “You’re such a wreck.” “You fall every time.” “Why do you even bother?”

Not so fast. This is why the moment of yielding must also be the moment in which we pick ourselves up and try again. With a little bit of knowledge and a whole lot of grace, this step does not have to be the end. Instead, we can seize even this moment of failure. We can rededicate ourselves to making the next moment a truer and better one. 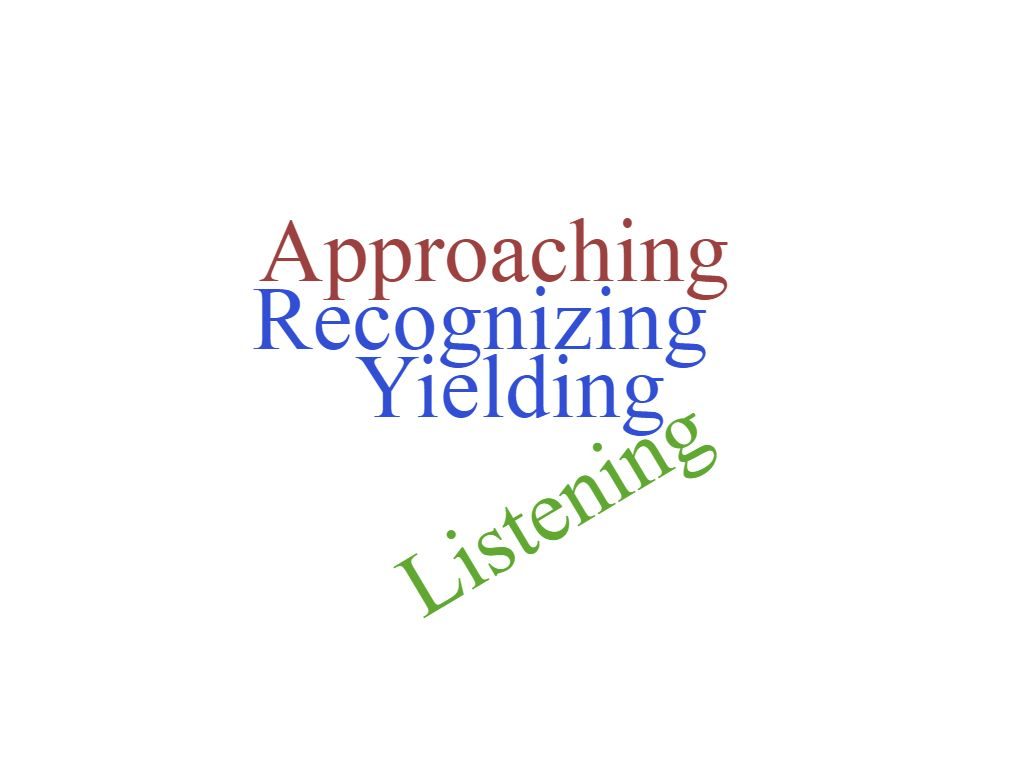 Seizing the moment of temptation to resist