The Most Rev. Dennis M. Schnurr, Archbishop of Cincinnati, celebrated the Solemnity of the Immaculate Conception of the Blessed Virgin Mary in the Chapel of St. Gregory the Great at Mount St. Mary’s Seminary & School of Theology (MTSM) with mass and the reception of Candidacy for seven seminarians.

Those who received candidacy include:

“The Rite of Admission to Candidacy for Holy Orders is the first of three steps taken by those preparing to be ordained ministers in the Church, either as priests or permanent deacons.,” said the Very Rev. Anthony R. Brausch, Ph.D., President & Rector at MTSM. “During the ceremony, candidates express publicly their willingness to devote themselves to the preparation necessary for ordination, specifically, to prepare themselves in mind and spirit so they can give faithful service to Christ and his Church.”

The second step is the Ministry of Lector which is a formal recognition of the relationship he is called to have with Sacred Scripture and his willingness to apply himself to its study and proclamation for the good of the Church. The Ministry of Acolyte is the final ministry received prior to ordination as a transitional deacon. It is a formal recognition of the willingness to serve the community, primarily in its liturgical rites.

MTSM is the Archdiocese of Cincinnati’s graduate-level Catholic Seminary and School of Theology with nearly 200 full and part-time students. Founded in 1829, our 75-acre campus provides preparation for ordination to the priesthood and permanent diaconate as part of Mount St. Mary’s Seminary. In addition, our School of Theology offers classes for graduate, non-degree and certification programs for laity, clergy and religious.

For additional information about MTSM, please contact [email protected] or 513-231-2223.

THE CATHOLIC SENSES by Katie Sciba 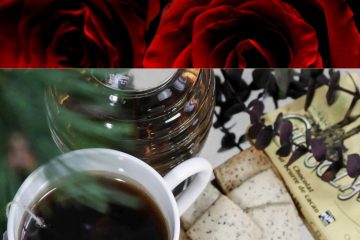