It may be an alarming proposal for some, but Mexican President Andrés Manuel López Obrador wants to make daylight saving time a thing of the past.

Obrador submitted a bill on July 5 that, if approved, would allow Mexicans to dispense with changing their clocks twice a year.

Obrador’s health secretary, Jorge Alcocer, explained the requirement to spring forward and fall back (or is it spring back and fall forward?) is not beneficial to people’s health.

Studies have linked changing the time back and forth with sleep deprivation, foggy thinking, and an increase in depression, heart attacks, crime, childhood obesity, and traffic accidents.

“The recommendable thing is to return to standard time, which is when the solar clock coincides with the people’s clock, the clock of God,” Alcocer urged, the AP reported.

Time will tell if Obrador’s proposal catches on in Mexico. Already, economists have warned that going back to standard time could make the country’s financial markets less competitive, since they’d be two hours behind those in the eastern U.S, instead of one hour behind.

Back in March, the U.S. Senate, possibly feeling cranky, sleep-deprived, and fuzzy-headed, passed a bill by unanimous consent to make daylight saving time permanent. But the House of Representatives has hit the snooze button on the legislation, and has yet to bring it up for a vote.

Among those opposed to the bill is the Orthodox Union, representing the interests of Orthodox Jews in the U.S. The group said in a letter that the change would “interfere with the ability of members of our community to engage in congregational prayers and get to their places of work on time.”

As the Forward explained, “Jewish law requires that daily morning prayers be recited after sunrise. Making daylight saving time permanent would mean later sunrises and later sunsets. The starkest example of this would occur in the winter, when sunrise in some cities across the country will be after 9 a.m.” 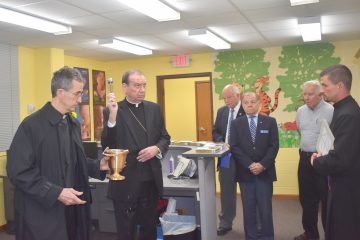