Long before dawn on Wednesday, two people visited the parish’s Shrine of Our Lady of Belmont – twice. They didn’t come to pray, but to topple several of the statues brought here from Italy in 1958.

Smashed beyond repair, the statues were discovered early in the morning. The police reports were made, the security camera footage was turned over, the social media posts went out… and people started coming.

“We didn’t’ expect the kind of support we got from the neighborhood,” said Father Satish. “People just walked in and said, ‘How can I help?’ A tavern put a bottle out for donations to repair the shrine. People from around the country saw the Facebook page and wanted to help.”

Catholics, non-Catholics, even atheists. “Several people started setting up online funds for us. We didn’t ask them to. I asked them to close them, and set up one for the parish” because so many people wanted to contribute.

The “Dayton Daily News” wrote about the damage. Local television news captured the schoolchildren praying by the wreckage.
“We asked them to pray three Hail Mary’s for the people who did this,” Father Satish said. “We told them not to meet anger with anger.”

Thursday, he said, some of those children brought flowers to leave in the grotto. “People have been coming by all day to pray and to light candles,” he said.

It’s not the first time the shrine has been vandalized. Shortly after its construction, Father Satish said, some of the statues were defaced with tar. In 2011, statues and other church property was spray-painted with Satanic signs.

“We had a professional crew clean it, and give everything a special coating so that if it ever happened again, the paint could be removed,” he said. “But this time they weren’t painted, they were smashed to the ground.”

The central figure of Mary was not toppled, but a flower pot was smashed into her crown, and a Hula Hoop was hung around her neck.

The shrine will be rebuilt, Father Satish said, although whatever replaces the broken statues will look different from the figures people have visited for decades.

“I’m not angry at all, I’m just sad,” he said. “For me the sadness if for the people who would express whatever pain they have this way, for that kind of poverty.

“At Immaculate Conception, our theme is to think like Jesus, talk like Jesus and act like Jesus. On Sunday, I am going to say that this is the mystery of the cross. Violence never wins. No matter how much you try to destroy God’s love – and the cross is the most violent thing there is – more love comes from it.”

In less than 24 hours, more than 350,000 people saw photos of the damage at Immaculate Conception’s Facebook page. So many people wanted to help the parish rebuild that the parish responded with this message:
The Dayton local community and Catholic community across the country has voluntarily offered to help the parish rebuild Mary’s shrine. Without our solicitation, many people have already personally or electronically contributed to the cause. So, we believe it the right thing to both rebuild the shrine and humbly accept the financial support the community is showing. Hence we are setting up an electronic giving opportunity through our FaithDirect electronic giving program. Once again, our grateful thanks to the media and the local community and nationwide supporters. Please share this post freely.
https://membership.faithdirect.net/givenow/OH796/26574

Eliminating any difference between sexes 'is not right,' pope says 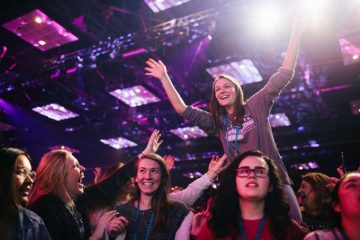