A Mass of Christian Burial For Sister of Charity of Cincinnati Anne Bockhorst was celebrated July 8 in the Chapel of the Immaculate Conception at the congregation’s Delhi Township motherhouse. Sister Anne, 84, died July 1 at Mother Margaret Hall, the Sisters’ nursing facility. She was Sister of Charity for 66 years.

A Chicago native, Sister Anne earned a bachelor’s degree in education from the College of Mount St. Joseph; a master’s in education from Xavier University; and a master’s in religion from the Athenaeum of Ohio. In the Archdiocese of Cincinnati, Sister Anne’s educational ministry included serving at the former St. Joseph School in Springfield; St. Rita School for the Deaf in Cincinnati; St. Albert the Great in Kettering: St. Brigid in Xenia; the former St. Therese, the Little Flower in Mt. Airy; St. Jude in Bridgetown; and the former St. Mary in Chillicothe.

In 1971 Sister Anne joined the College of Mount St. Joseph as a computer programmer, serving there until 1985. She also worked at the University of Cincinnati as a computer programmer and analyst. Sister Anne began a new ministry in 1980 as the pastoral minister at St. Mary Parish in Hyde Park.  She continued to serve in parish ministry in Toledo and Detroit before retiring to the motherhouse in 1997, where she volunteered in the congregation’s archives.

Sister Anne is survived by her stepmother, June Bockhorst, of Dayton. Interment was in the Sisters of Charity Cemetery. 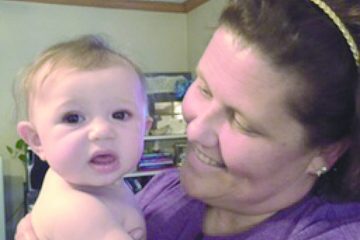