A Mass of Christian Burial for Precious Blood Sister Clara Van de Beuken was celebrated at Salem Heights in Dayton Sept. 15. Sister Clara, 93, died Sept. 12 at the Maria Joseph Center in Dayton. She had been a Sister of the Precious Blood for 73 years.

A native of Pittsburgh, Sister Clara entered the Congregation of the Sisters of the Precious Blood on Dec. 10, 1937. Sister Clara ministered for 40 years. For 17 of those years, she served as a cook and housekeeper at St. Charles Seminary in Carthegena, and other seminarians and schools.

For 23 years Sister Clara served as a seamstress at St. Joseph Orphanage in Dayton; the former St. Gregory Seminary in Cincinnati; and the archdiocesan Chancery Office in Cincinnati. In addition to her main ministries, Sister Clara ministered to the sick, shut-ins and elderly. In 2000 she retired to Salem Heights, the central house of the Sisters of the Precious Blood.

Sister Clara is survived by her sister, Rita Ann Beguhl. Interment was in the Salem Heights Cemetery.

Sainthood cause advances for religious sister, educator who fought racism 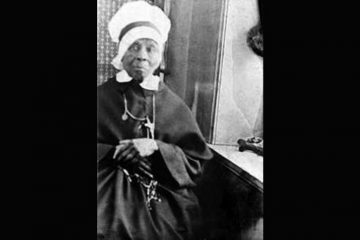