A native of Albuquerque, Sister Lucia Anne earned a bachelor’s degree in education from the College of Mount St. Joseph in 1963. She earned a master’s degree in religious education from the University of St. Thomas, Houston, Texas, in 1974, devoting 17 years to primary classroom education and 23 years to pastoral ministry. She taught at various schools in New Mexico and Michigan and later created parish programs for the sick and aged. Sister Lucia Anne also served on the editorial team for the Paulist Press series “Come to the Father.” In addition, she served at Annunciation Parish in Albuquerque, retiring in 1996. She moved to the motherhouse in 2005, volunteering as needed.

Sister Lucia Anne is survived by her sisters, Sister of Charity Marie Vincentia Roney, and Servants of the Blessed Sacrament Sister Josephine Marie Roney and a brother, Paul. Sister Lucia Anne has chosen to donate her body to science; her burial will occur at a later date. 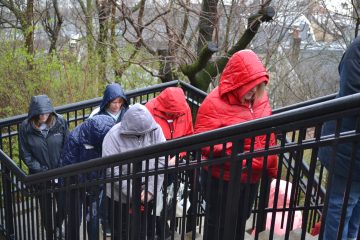