A native of Dayton, Sister Mary Lou ministered 46 years in education. She earned a bachelor’s degree in education from St. Joseph College in Rensselear, Ind., and double master’s degrees in botany and zoology from the University of Wisconsin.

In the Archdiocese of Cincinnati, she served at St. Mary School in Dayton. In addition, she spent 38 years as a high school math and science teacher. She continued her teaching career at Window Rock, Sanders and Valley high schools at the Navajo Nation in Arizona. She went on to spend 10 years as vicar of religious for the Diocese of Gallup, N.M. and taught in the deacon/lay ministry program for the diocese. She also served as her community’s regional councilor for the west. Sister Mary Lou remained an active volunteer tutor in retirement. She returned to Dayton in 2012.

Interment was in Salem Heights Cemetery.

From Italian coast to U.S. desert, church leaders weigh in for migrants 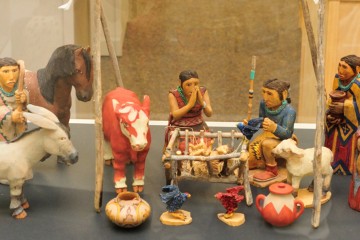