Sister Rose Elizabeth is survived by her sisters, Ann Burr, Clairita Willmeth, Marty McHenry, Carole Ryan and Patt Whitewell, and her brothers, Carl and Garry. Interment was in the Sisters of Charity cemetery.

Scenes from Cross the Bridge for Life 2017 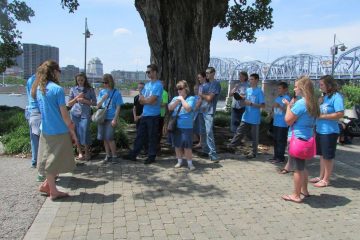