Sisters of the Precious Blood timeline

1834: Two maids at the Loewenberg Castle join Maria Anna Brunner in nocturnal hours of adoration — beginning of the Sisters of the Precious Blood

1834: Mother Brunner obtained permission from the Bishop of Chur to lead a communal life with her small group of women

1850: The last Sisters from Loewenberg, Switzerland emigrated to Ohio

1875: Father Gartner donated a large collection of relics to the Sisters at Maria Stein

1887: Sisters separated from Missionary Priests and Brothers of the Precious Blood to become a Diocesan Community

1888: For the first time: Constitution, uniform habit, perpetual adoration, vows taken by all

1897: Mother M. Emma Nunlist spearhead a diversity of apostolic ministry across the Country

1903: Sisters start ministry in Arizona under the leadership of Mother M. Emma Nunlist

1912: The last group of Postulants came from abroad [there were well over 800 European born Sisters in the Community]

1930: The Congregation builds the Maria Joseph Home for the Aged [a non-sectarian home for elderly men and women ]

1946: Congregation became a formally recognized pontifical institute, known
officially as the “Congregation of the Sisters of the Precious Blood.” [during Mother M. Magna Lehman’s leadership]

1954: The Congregation established a cloister at New Riegel, Ohio

1955: The Sisters changed from the black habit to the gray habit

1960s: Sisters have the option of returning to their baptismal name

1960s: Sisters have the option of changing from the habit to wearing contemporary dress

1979: The Sisters at Salem Heights and the elderly laity from the Maria Joseph Home for the Aged exchanged buildings

1980: The remains of Mother Brunner were taken from the chapel and buried in the Salem Heights Convent Cemetery

1985: The 1923 Salem Heights building is sold to Samaritan Health Resources

Sunday Scripture: What we want most from God

Sisters of the Precious Blood timeline 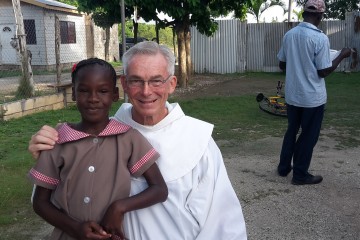