Without a doubt the Advent season is a time of great excitement and busyness for all who await the coming of the Christmas celebration. Our readings this week begin and end with passages about two special mothers and two special births.

In our first reading the prophet Isaiah gives an oracle to Ahaz of the house of David.  His kingdom of Judah was threatened by aggressors, but God’s word to him was that he need not fear, for destruction would not come to pass at that time. Destruction was one of the fears of Ahaz; another was that he did not have an heir apparent to assure the survival of his kingdom in the line of David.

Ahaz likely had cause to fear because he had been less than faithful to the Lord, but Isaiah persisted with the Lord’s oracle that a sign would be given to him about God’s continuing care of his people. The sign was the special birth of a son to him from a young woman. The Hebrew word almah is generally interpreted in earlier texts as “young woman,” “girl,” or “maiden,” so it can be assumed that in this instance it would be the same. The young woman may or may not have been a virgin. We do not know her identity, but the son was likely Hezekiah who grew to be a better person than his father.  The oracle gives the child’s name as Immanuel.  It is a symbolic name that is translated for us in the text as “God is with us”  (Isaiah 8:10).

With that in mind we can move to Matthew’s Gospel that starts with the genealogy of Jesus and mentions Ahaz and Hezekiah. Then the evangelist uses a version of Isaiah 7:14 that speaks of another special birth — this one far more special than the earlier one. Here a virgin would conceive and bear a son, and His name would be called Emmanuel. Thus Matthew worked out of the history of his people and found fulfillment of prophecy in the coming of Jesus.

Our second reading is the salutation of Paul’s great Letter to the Romans. Paul expressed his own faith in the mysteries of salvation and referred to his ministry as the grace of apostleship to bring the gift of faith to the nations. By including the Romans among those called to belong to Jesus Christ, he was of course, referring to his call to preach the message of salvation to the Gentiles as well as to the Jews. That was for the sake of Christ’s name among all the nations.

Paul addresses the Romans as God’s beloved in Rome who were called to be saints.  That happened through the power of God according to the spirit of holiness, the Holy Spirit. Looking upon the Romans as God’s beloved may have jarred the nerves of some members of the church, but in his view they all belonged to the Lord through being baptized into the life, death and resurrection of Christ.

With the psalmist we can pray, “The earth is the Lord’s and the fullness thereof, the world and those who dwell therein” (Psalm 24).

The Catholic Moment: Angels I have heard . . . down low

The Catholic Moment: Duc in altum

Sunday Scripture: The Lord is our hope 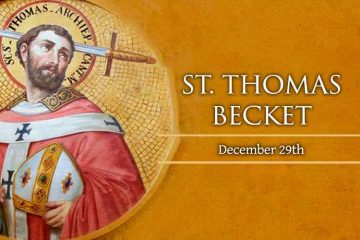