The court will hear appeals from groups in Colorado, Maryland, New Mexico, Oklahoma, Pennsylvania, Texas and the District of Columbia.

Among the plaintiffs are the Little Sisters of the Poor, the Archdiocese of Washington, the Pittsburgh and Erie dioceses, Priests for Life, Southern Nazarene University and Texas Baptist University.

Under the federal Affordable Care Act, most employers, including religious ones, are required to cover employees’ artificial birth control, sterilization and abortifacients, even if employers are morally opposed to such coverage.

In all the cases to be argued before the high court in March, appellate courts in various jurisdictions sided with the Obama administration. The rulings said the religious entities’ freedom of religion was not burdened by having to comply with the mandate as they have argued, because the federal government has in place an accommodation for a third party to provide the contested coverage.

But the religious groups object to that notification, saying they still would be complicit in supporting practices they oppose. While their appeals worked their way to the high court, the government has not been able to force the groups to comply with the mandate or face daily fines for noncompliance.

In a Nov. 6 statement, he called on Catholics to pray that “this basic freedom” guaranteeing that no one in this country has to violate their religious convictions “will prevail.”

“This freedom is not only common sense, it is what the law requires,” the archbishop said.

The Archdiocese of Washington said it “is heartened to learn that the U.S. Supreme Court has agreed to review the D.C. Circuit’s flawed ruling in our challenge to the HHS (Health and Human Services) mandate, together with the other challenges pending before the court.”

“A particular concern for the archdiocese is the government’s treatment of Catholic educational and charitable ministries as if they are somehow less religious than houses of worship, and therefore less deserving of the right to operate in accord with the church’s teachings,” it said in a statement. “The archdiocese is hopeful that the court will vindicate our religious freedom, and the freedom of Catholic ministries also seeking to practice their faith freely, as guaranteed under the law.

Nonexempt religious employers can opt out of providing the coverage using what the administration calls an accommodation, or “work around.” They must notify Health and Human Services in writing of their religious objections. Then HHS or the Department of Labor government in turn tells insurers and third-party administrators that they must cover the services at no charge to employees.

The government “argued hard and the court granted it anyway,” said Mark Rienzi, Becket’s senior counsel. “So the government will have to explain why they fought hard to make the Little Sisters cover contraceptives.”

Josh Earnest, White House press secretary, was quoted as saying the Obama administration is certain “the policy that we have in place balances the need for millions of Americans to have access to birth control while also protecting the right of religious freedom that is protected in our Constitution.”

Pittsburgh Bishop David A. Zubik in a statement said the Religious Freedom Restoration Act “goes to the very heart of our concerns.” The 1993 law was enacted “to respect the teachings of all religious bodies and the practices of individual believers,” he noted.

“The insurance mandate, which is one small provision of the Affordable Care Act, would require us to facilitate access to contraceptives, sterilization and abortifacients contrary to our teaching,” he said.

Bishop Lawrence T. Persico of Erie, Pennsylvania, in his statement said he was pleased his diocese and the others “will have our day in court.”

“Religious liberty protects the right of each of us to pursue the truth, to embrace it, and to shape our lives around it — all without government interference,” Bishop Persico said. “We are hopeful the court will uphold religious liberty, one of the essential pillars upon which our country has thrived for centuries.”

In its petition to the court, written by U.S. Solicitor General Donald B. Verilli Jr., the government said that houses of worship are different than church organizations. Churches themselves should be exempt because their employees are likely to share their employers’ religious beliefs, the government argued, while faith-based universities, charities and other organizations have more employees who do not share the beliefs of their employers and so the mandate should be enforced for those employers.

Robert Muise of the American Freedom Law Center, which represents the Priests for Life, called it “great news” that organization’s appeal will be heard along with the others.

On Nov. 9, Father Frank Pavone, national director of Priests for Life, announced a special prayer campaign for the Supreme Court to reverse the HHS mandate. The organization’s prayer website, PrayerCampaign.org, has a link to special prayers written for the campaign.

“Victory for us and the other six cases means victory for every believer,” Father Pavone said in a statement. “It is not the government that decides what does or does not contradict our faith and our conscience. It is the believer, in union with his or her church, who determines that. This is the essence of religious freedom.” 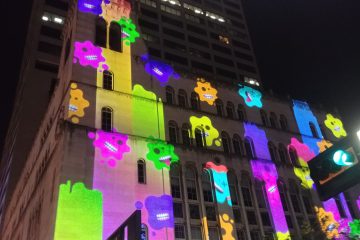