May 16, 2022 The Catholic Telegraph
Home»Home Page»Survey of priests shows support of Light is ON For You
Home Page/Local News/News

Anecdotal evidence of success poured into the the Archdiocese of Cincinnati central offices in the days after the March 18 one-day confession event dubbed “The Light is ON For You” but now some hard data has become available.

The Worship Office sent a survey to 319 priests throughout the archdiocese to gauge their experiences. The overarching theme of the 155 responses received was that The Light is ON For You was a hit. 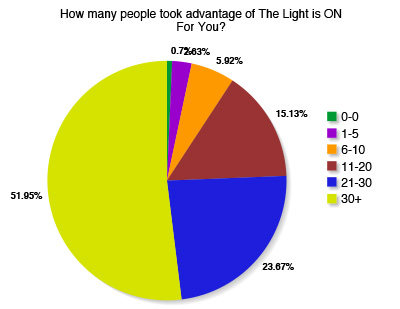 The survey’s first question asked priests whether they believed The Light is ON For you was a “worthwhile initiative?” Of the 155 respondents, 142 (93.4 percent) said yes, 10 said no and three did not answer.

When asked if they would recommend doing it again next year, nearly 88 percent said yes.

The survey, while anonymous, gave priests the opportunity to provide comments under each question. Under the first question, most priests expressed their happiness with the turnout.

“I admit that I was skeptical as to the success of this program, but I was certainly surprised by the turnout,” wrote one priest.

“I met people who had been away from the sacrament for ‘many’ years,” added another. “That made it completely worth it for me.”

At least eight priests reported hearing confession well past the 9 p.m. ending time due to the high turnout.

Because of the scope of the archdiocese, a complete count of penitents receiving the sacrament on March 18 may be incalculable. Not every parish was keeping track and not all priests responded to the worship office survey. The survey did ask, “Generally speaking, how many people took advantage of The Light is ON For You?”

Considering only the 152 priests who answered the survey, it can be calculated that at least 3,437 people took advantage of confession at only their locations.

Priests were also asked about the sufficiency of the provided resource materials, which they used, and publicity for the event.

On publicity, 129 priests said publicity was adequate while 12 disagreed.

The 87.94 percent who recommended doing The Light is ON For You again next year had many suggestions to improve the event, but they far outnumbered the (124 to 17) the 12 percent who would not make that recommendation.

Many priests offering insights on that section wondered if their parish penance services later in Lent would be less attended, and some confirmed that to be the case. Some suggested more specificity in promotion materials and others suggested adding a penance service and making sure to have more chairs available to the elderly.

The survey wasn’t without conflicting opinions, however. One priest with a less than favorable view of the event wrote, “It was well-intentioned, but terribly misguided. Please stop ‘dumping more’ on the priests. Allow parishes to handle such planning at the local level instead of contributing to the ‘burn out’ of priests.”

Another priest had a different take.

“Catholics need to be reminded of the beauty of this sacrament,” he wrote. “Priests often need to be spurred out of a comfortable routine.”

This article originally appeared in the May 2014 print edition of The Catholic Telegraph. 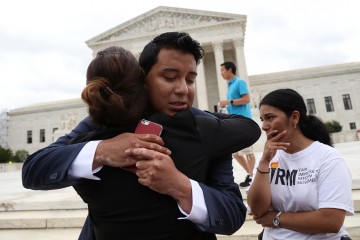