“I have never seen someone be so contrite about what he was telling me,” Juan Carlos Cruz told journalists May 2. “I also felt that he was hurting, which for me was very solemn. I don’t know what word to use because it’s not often the pope really says sorry to you and apologizes to you. He said, ‘I was part of the problem, I caused this and I’m sorry.'”

Jose Andres Murillo, another of the Chilean survivors, said, “All of us had different experiences with the pope, and even if we saw the forgiveness the pope asked, we’re waiting for actions.”

“We always said that we’re not here to do public relations but for actions,” Murillo said. “That’s what I’m waiting for.”

Pope Francis had invited Cruz, Murillo and James Hamilton to stay at the Domus Sanctae Marthae, the Vatican residence where he lives, and to meet with him individually April 27-29. They met him again as a group April 30.

The Chilean survivors have alleged that Bishop Juan Barros of Osorno — then a priest — had witnessed their abuse by his mentor, Father Fernando Karadima. In 2011, the Vatican sentenced Father Karadima to a life of prayer and penance after finding him guilty of sexually abusing boys.

Briefing journalists on their meeting with the pope, the survivors read a prepared statement saying they recognized and appreciated “this gesture and the enormous hospitality of these days.”

“For almost 10 years we have been treated as enemies because we fight against sexual abuse and cover up in the church,” the statement said. “In these days we met the friendly face of the church, completely different from the one we had seen before.”

All three sharply criticized the Chilean bishops for their role in “misinforming the pope” on the reality of sexual abuse.

Hamilton said that the former archbishop of Santiago, Cardinal Francisco Javier Errazuriz Ossa, was told in 2005 by the diocesan promotor of justice that the accusations against Karadima were credible.

However, Hamilton continued, no action was taken until 2009, when all three survivors gave a statement regarding Karadima’s abuse during Hamilton’s marriage annulment process, which was then sent to the Congregation for the Doctrine of the Faith.

“Cardinal Errazuriz was covering up Karadima’s crimes,” Hamilton said. In the eyes of a court and the victims, “he is a real criminal, a man who was covering up the vile acts of Karadima.”

Cruz said he told the pope how he was demonized by both Cardinal Errazuriz and his successor, Cardinal Riccardo Ezzati, in a leaked email between the two prelates.

“I told him how these two men lacked respect toward a person, which was known because they did the same to Jimmy (Hamilton) and Jose (Murillo). They called me a ‘serpent,’ they called me everything. I told the Holy Father and he said he was hurt,” Cruz said.

In a letter released April 11, Pope Francis said he had been mistaken in his assessment of the situation in Chile, and he begged the forgiveness of the survivors and others he offended. He invited the three survivors to Rome and called all of the Chilean bishops to the Vatican for a meeting, which numerous media have reported will be May 14-17.

At a news conference after meeting with priests of the Archdiocese of Santiago April 19, Cardinal Ezzati denied he had misinformed the pope on the abuse crisis, and he said those who have “committed a very serious offense” must “recognize it, repent and repair the wrong they have done.”

The cardinal also called for Bishop Barros to step aside “for the good of the people of God and the church.”

Even before Bishop Barros’ appointment, church leaders had expressed their reservations about him and other bishops associated with Father Karadima.

The Associated Press Jan. 11 published what it said was a letter from Pope Francis to members of the permanent committee of the Chilean bishops’ conference just three weeks after Bishop Barros’ appointment to Osorno was announced in 2015. The Vatican would not comment on the letter.

In it, Pope Francis thanked the committee members for expressing their “concern” over the appointment as well as for their “prudent and constructive” suggestions made to him in February 2014.

According to the letter, Archbishop Ivo Scapolo, the nuncio to Chile, asked Bishop Barros to resign as military ordinary, the position he held then, and take a sabbatical. The nuncio, the letter said, told Bishop Barros that two other bishops connected to Father Karadima would be asked to do the same. “The nuncio’s comment complicated and blocked any eventual path to offering a year’s sabbatical,” the pope wrote without further clarification.

Speaking with journalists on his flight to Rome from Lima, Peru, in January, Pope Francis said he was convinced of Bishop Barros’ innocence and refused to accept his resignation when it was offered.

“(Bishop Barros) came to Rome, and I said, ‘No. That’s not how it works. Because that would be an admission of guilt. In all cases, if there are guilty parties, an investigation has to be made.’ So, I refused his resignation,” the pope said.

The pope’s appointment of Bishop Barros as head of the Diocese of Osorno in January 2015 sparked several protests — most notably at the bishop’s installation Mass.

“I said, ‘No, you go (to Osorno),'” the pope said. “The Barros investigation continued, but no evidence emerged. That is all I wanted to say. I cannot convict him, because I have no evidence; but I am also convinced that he is innocent.”

A short time after returning from his visit to Chile and Peru, the Vatican announced Pope Francis’ decision to send Archbishop Charles Scicluna of Malta, a respected expert in clerical sexual abuse, to Chile to investigate. The Vatican said the archbishop’s mission was prompted by “recently received information.”

The Vatican never specified what that information was, but the Associated Press reported Feb. 5 that nearly three years earlier the pope was given a letter from Cruz graphically describing the abuse he suffered and alleging that then-Father Barros was in the room as it happened.

Cruz told reporters May 2 that although he didn’t ask Pope Francis about the letter, his nearly three-hour conversation with the pope led him to believe “that the pope truly was misinformed.”

The pope “wanted evidence and proof, and he asked forgiveness because there was proof,” Cruz said. “It was clear that the pope was very misinformed. I don’t think the pope lied, I truly believe he was misinformed. I told him with my voice what I wrote in the letter. I think he has a very clear view of the situation now.” 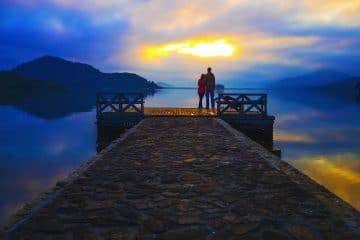