A few weeks ago, I had to be on Long Island for a meeting with a few other vocation directors to talk about some national strategies and plans that affect all of us who toil in this field.

As I had not had time off for a while, I went up a few days early to spend some time in the city prior to the meetings, and while I truly love Cincinnati and do not desire to live anywhere else, New York is a city like no other and offers an unique insight into our world that just does not come across in any other city that I have visited.

But where this comes across with the greatest clarity, at least for me as a visitor to the ‘Capital of the World,’ as Pope John Paul II famously called the Big Apple, is in the trips under the streets and into the New York City subway. For those who like to “people watch,” there is no better environ than the closed off tunnels of the Five Burroughs. Simply, the New York City subway takes everyone. As you wait for the next train, the indigent poor are plying music to make a few dollars; school students heave backpacks; college kids are immersed in the world of their own, shielded by their iPods; families travel together who knows where; men and women in business attire scan the paper for the latest news; and older men and women go about their day, carrying their purchases back home. Every land and culture intermingles in a way that happens in few other places.

It struck me that the Catholic Church is so much like that subway. Both take in all who apply. At Mass, we see the same people who ride the subway; the poor sit next to the three-piece business suit; parents of young children rub elbows with octogenarians; immigrants and long established families are nourished from the same paten and chalice. As the subway takes people from point A to point B along their daily journey, the church brings her sons and daughters from the here-and-now to an awareness of the hereafter; and every is welcome to ride along, at whatever stop they enter.

It is not so among some of our Protestant brothers and sisters. In speaking with converts into the Catholic Church, especially those who entered from a smaller congregation, this diversity of souls was part of the initial draw that brought them home to the church. In their previous congregation, they state, everyone was just like “me,” whoever that “me” is. In the church, as in the subway, we are constantly confronted by those who are different from each other; and this can be such a good way of growing in the awareness of the great benevolence of God who establishes such beauty on the earth.

In my role as vocation director, this is something that I have also become increasingly aware of: our need to cultivate vocations from all corners of the Archdiocese of Cincinnati, while continuing to support areas that have traditionally been fertile ground in this cultivation. The priesthood is a rich diversity of talents and abilities already, and our seminarians certainly do reflect this diversity. We have men who had offers for doctoral programs and law schools to these who worked as general laborers for years prior to entering seminary. We have men who were chefs to former military officers, these who are just out of high school and some who earned a retirement package from their previous employer.

Please pray for our priests, pray for our seminarians, pray for those whom God is calling but do not yet have the courage to respond. For ideas on how to create this culture of vocations in your parish and home, please visit www.cincinnativocations.org.

Father Schnippel is the vocation director for the Archdiocese of Cincinnati.

What keeps me Catholic? The Pinewood Derby

His love is real: the Sacred Heart 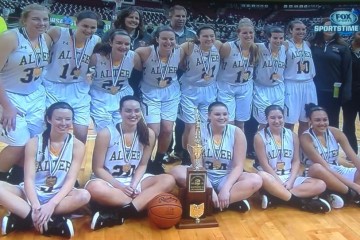