The devil’s in the details: After-school Satan club seeks OK

WASHINGTON (CNS) — It’s 3 p.m. Do you know where your children are?

Parents, schools and school districts are paying even closer attention to after-school activities ever since a group called the Satanic Temple announced in early August that it plans to introduce after-school Satan clubs at some U.S. public elementary schools this year.

Parents across the country, many of whom have yet to purchase their children’s necessary school supplies, had to scratch their heads when they heard this one. These clubs certainly don’t sound like the typical band, science or Scout groups that typically gather after the bell rings.

And the Satan clubs’ planned activities — focusing on reason and science, according to the website — also are not nearly as eerie as the group’s name implies. That’s because Satanic Temple, the political activist and religious group based in New York, is more about bringing attention to what it describes as an unfair after-school playing field than devil worship.

Their name alone has raised some red flags.

The group says it is making a statement showing their opposition to Christian after-school programs around the country called Good News clubs which are sponsored by the Child Evangelism Fellowship. Doug Mesner, co-founder of the Satanic Temple, told The Washington Post that if Christian evangelical groups have a spot in after-school programs, why shouldn’t Satanists be able to do the same thing?

But he also has pointed out that the group is not religious in nature and uses Satan more as a mythical symbol.

In 2001, the Supreme Court in Good News Clubs v. Milford Central School, said the clubs, which feature Bible lessons, songs and games, can meet in public schools after school hours on the same terms as other community groups.

Dozens of organizations supported the Good News clubs with “amicus” or friend-of-the-court briefs including a group of 20 theologians and religion scholars of various denominations and law and philosophy professors from the University of Notre Dame.

“I don’t think the Satan club is interested in getting into the after-school business. They know the only way to make their point is to call the court’s bluff, saying what’s good for the Good News clubs is good for us,” said Charles Haynes, director of the Religious Freedom Center of the Newseum Institute in Washington.

Haynes said the Satanic Temple failed to make its point through litigation so it is trying another avenue to raise awareness. Its request to meet for public school access in a letter to a number of school districts — near Satanic Temple chapters and schools where Good News clubs exist — is carefully written, Haynes said, adding that on face value it would likely be acceptable. The “only thing objectionable to some is the name,” he said.

The group has asked for permission to meet in school districts in the following states: Arizona, California, Florida, Georgia, Maryland, Missouri, Oregon and Utah. The requests are still under review.

But even if school districts provide meeting space for these clubs, Haynes is confident they will not take over the afternoon activities world.

“How many parents are going to sign a permission slip for a second-grader to go to a Satan club after school?” he asked, pointing out that the required permission slip of elementary school group activities provides a filter.

But he also noted that even if the group doesn’t attract many members, it will still draw attention — even more than it already has — because all groups have to be treated the same and each can send out fliers announcing their programs.

As he sees it, the discussion about Satan clubs provides a teachable moment for school districts and the nation.

“Many Americans are in favor of religious freedom until it’s tested and then they are not sure they like it,” he told Catholic News Service Aug. 4. He noted that the proposed group is “tongue in cheek on one hand but it is deeply serious on the Constitution side.”

Haynes said the key issue — providing an equal playing field for all religious and nonreligious groups — is a tricky balance to achieve and must constantly be re-evaluated.

He said some school districts will likely grant the Satan clubs access for after-school meetings and others won’t but if they don’t they will have to stop other groups from meeting on school property after hours also.

Jordan Lorence, senior counsel with Alliance Defending Freedom, who helped litigate the Good News Club case before the Supreme Court said in the online magazine The Federalist, that the Satanic Temple, with pushing its group’s inclusion, is missing the big picture. Many student groups, religious and non-religious, meet in public schools, so students learn to tolerate fellow classmates who do not share their beliefs, he said.

Lorence also said Satan clubs have the right to “espouse their views” but he did not think the group’s leaders were showing “respect for First Amendment traditions or for the dignity of other people to advocate views that differ from theirs.”

Instead, he wrote: “What I see is a snarky disdain for anyone who believes in religion, demonstrated in part by the use of ‘Satan’ in their organization’s name to evoke responses that have nothing to do with their beliefs.”

These clubs “have the right to meet in public schools but only on the same terms and conditions as everyone else,” he said, adding that the group’s leaders should “abandon their condescending attitudes toward fellow citizens with religious beliefs and join with us to protect the dignity of all people to exercise their freedom of speech.”

The devil’s in the details: After-school Satan club seeks OK 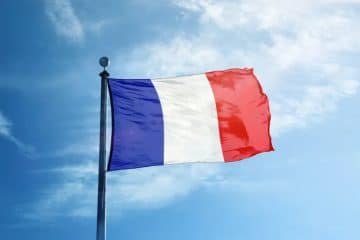