May 20, 2022 The Catholic Telegraph
Home»Uncategorized»The HHS Contraception Coverage Mandate: How Did We Get Here? (con’t)
Uncategorized

The HHS Contraception Coverage Mandate: How Did We Get Here? (con’t)

Adding greater complexity to the issue, in 2007 the same 8th Circuit Court of Appeals essentially rejected the revised EEOC guideline when it ruled in In re Union Pacific Railroad that refusing to provide contraceptive coverage did not violate either Title VII or the PDA. This court held that because contraception is “gender-neutral” in that both men and women use it, and because the “plain language” of the PDA did not specifically refer to contraception, employers do not violate any federal law when they exclude contraceptive coverage from their health care plan.[xviii] Writng for the majority, Judge Raymond Gruender directly contradicted the EEOC rationale previously cited by stating that when Congress passed the PDA there was “no specific intent regarding coverage for prescription contraceptives,” and that “silence by Congress on the issue of contraception cannot be interpreted to expand the PDA to cover contraception.” He continued by stating that as Congress does not grant the EEOC rule-making authority, its policies and enforcement guidelines are to respected “only to the extent that [their] interpretations have the power to persuade.” As just one example of where the EEOC failed in this regard, the court pointed out that it took the commission twenty-two years following the passage of the PDA to issue a policy mandating prescription contraception coverage; a delay that, in the words of Judge Gruender, “brings into question the consistence and persuasiveness of the EEOC’s position.” Overall, the 8th Circuit Court (which holds significantly greater jurisdiction than a district court) was not persuaded by the EEOC’s arguments, and it ruled that there is no legal mandate to provide prescription contraceptive coverage.[xix] To date, the US Supreme Court has not ruled on the direct question of mandated contraceptive coverage.

Regardless of the legal interpretations concerning Title VII, the PDA, or the revised EEOC guideline, today mandated contraceptive coverage is not uncommon. The Guttmacher Institute reports that twenty eight-states presently require that insurers who provide prescription plans must cover the full-range of FDA-approved contraceptive drugs and devices, although twenty of these states afford employers varying degrees of exemption.[xx] The primary rationales for these mandates are gender equality and the preservation of public health, as evidenced by two important court decisions on the state level. In Catholic Charities of Sacramento, Inc. v. Superior Court (2004), the California Supreme Court held that the state legislature did not violate the free exercise clause of the state constitution when it mandated that Catholic Charities of Sacramento provide contraceptive coverage in its prescription drug plan. Rationales for this decision included that (1) the state legislature had the competence to identify “subtle forms” of gender discrimination with regards to pregnancy, childbirth, and related medical conditions, and (2) Catholic Charities’ omission of prescription contraceptives constituted one such form of discrimination. As such, Catholic Charities was legally compelled to comply with the California Woman’s Contraceptive Equality Act and provide contraceptive coverage in its fully insured health plan.

The New York Supreme Court reached a similar conclusion in Catholic Charities of Diocese of Albany v. Serio (2006), a case that challenged provisions of the New York Woman’s Health and Wellness Act of 2003. In this case the court wrestled with the question of whether the “paramount right” to personal health of those who do not share Catholic Charities’ beliefs about contraception could be “subordinated” to the organization’s right to exercise its beliefs. The court held that the right to personal health could not be subordinated, and the state’s “substantial interest in fostering equality between the sexes” outweighed the Catholic Charities’ interest in adhering to the tenets of its faith.[xxi]

While public knowledge of mandated contraceptive coverage has remained fairly limited, the issue has become more public in recent years. In December 2008, during the final weeks of the George W. Bush administration, HHS released new regulations that sought to increase awareness of, and compliance with, existing federal laws that protected the conscience rights of health care professionals who refused to provide services they deemed objectionable on moral or religious grounds. The “objectionable” services generally focused on abortion and abortion-related procedures, but they also included contraception. The regulations clarified that federal non-discrimination protections applied to both individual and institutional health care providers working for recipients of certain Health and Human Services Funds, and they were was deemed necessary because many health care professionals were not aware that federal conscience protection laws even existed.[xxii]

Unfortunately, these conscience protection regulations would not remain in effect for long. In February 2011, HHS–now under the auspices of the Obama administration–rescinded many of them claiming that they were “unclear and potentially overbroad in scope.” While conscience protection remained for abortion and sterilization, it was removed for contraception. HHS justified this change, in part, by stating:

The provision of contraceptive service has never been defined as abortion in federal statute. There is no indication that the federal healthcare provider statutes intended that the term ‘abortion’ included contraception.[xxiii]

This change paved the way for HHS to implement its August 2011 “Interim Final Rules” which require that health insurers provide all FDA-approved forms of contraception, and now sterilization.  Once again, this federal mandate poses vexing challenges of conscience for any religious employer, but in particular for Catholic colleges and universities that now have to provide “preventive care” for both employees and students.

About the Author: Dr. Josef Zalot is an associate professor in the Department of Religious and Pastoral Studies at the College of Mt. St. Joseph. He earned a Ph.D in Religious Studies from Marquette University, an M.Ed. in Religious Studies from the Institute of Religious Education and Pastoral Ministry at Boston College, and a B.A. from St. Anselm College. Professor Zalot also holds an M.Ed. in Sports Management from Springfield College.

Notes for: The HHS Contraception Coverage Mandate: How Did We Get Here?

The HHS Contraception Coverage Mandate: How Did We Get Here? (con't)

The HHS Contraception Coverage Mandate: How Did We Get Here? (con’t) 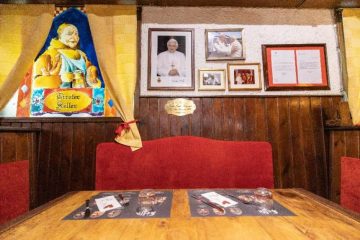