September 29, 2022 The Catholic Telegraph
Home»Features»The Land of the Cross Tipped Churches: New Series on the History of the Communities of the Northern Archdiocese
Features/Home Page

When traveling in the most northern, rural part of the diocese, it’s hard not to notice the flat, fertile farmland and numerous spires that adorn the sky. Growing up in this area, we always took prideful humor in the fact that most towns consisted of only two important things: a bar and a church. It’s a lighthearted homage to the German Catholic heritage that instilled a strong work ethic within the area and helped develop the traditional values still visible today.

Still, many of us who grew up in this area have taken those beautiful spires, their history and their fascinating story of faith for granted. It is, in fact, truly a blessing that something as unique and magnificent as the “Land of the Cross-Tipped Churches” is nestled within the most rural part of our archdiocese. And for many of us, right in our backyards.

The Maria Stein Shrine of the Holy Relics in Mercer County is the epicenter of this scenic byway that radiates for 30 miles into nearby Auglaize and Darke Counties. It includes 60 historic buildings representing the (mostly) German Catholic settlements of the late 1800s. These churches, rectories, seminaries, convents and schools were placed on the National Register of Historic Places in 1979.

Father Brunner was the son of Maria Anna Brunner, a spiritual daughter of St. Gaspar del Bufalo. Mother Brunner, as she was referred to, was known for her generosity and devotion to Eucharistic prayer. In Switzerland she established a small order known as the Sisters of the Precious Blood.

When Father Brunner came to America, he initially brought 14 Precious Blood priests and brothers, in addition to many relics he acquired. In 1844, three sisters arrived in the area and brought with them the remainder of his relics. In November of 1845, the first cornerstone for the Maria Stein convent was laid. This was the third convent of 10 that Father Brunner built and the only one left standing today.

The Maria Stein Shrine of the Holy Relics is no longer a convent. The building has evolved over the years and now holds the second largest holy relic collection in the U.S., as well as a nationally-recognized historical museum. Visitors from all over the country come to marvel at the architecture and bask in the glow of this rural diamond that shines in the heart of God’s Country.

Currently, there are 33 churches and religious sites still standing along the Land of the Cross-Tipped Churches scenic byway. In the next issue, local historian, Matthew Hess will take us through the fascinating history of architecture and early settlement living as we explore the byway. Hess is the director of ministry at the Maria Stein Shrine. While he did not grow up attending these churches, he has always felt a strong connection to their past.

As the Archdiocese of Cincinnati approaches its bicentennial in 2021, we thought it would be fitting to take a closer look at the history of our community and celebrate the faith-filled perseverance of our ancestors. For more information on the Land of the Cross-Tipped Churches, visit The Greater Grand Lake Visitors Region at seemore.org. 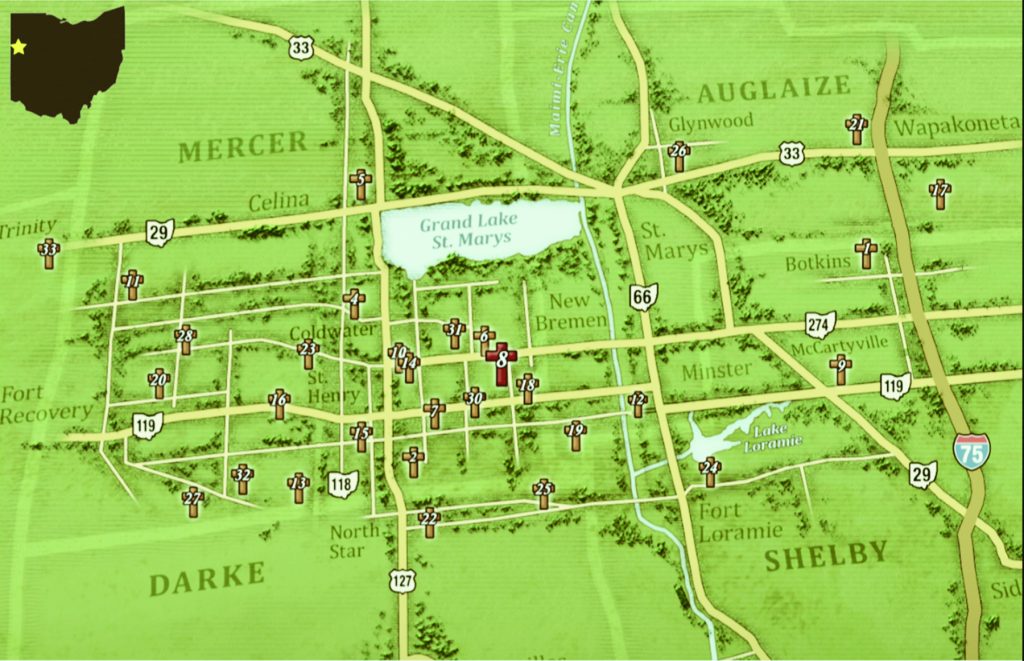 St. Vincent de Paul Still Looks to 'Strike Out Hunger' even with no Baseball being played 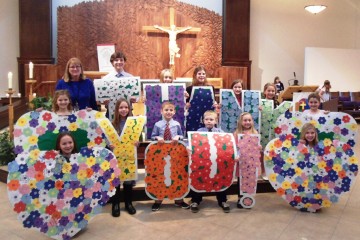