‘Their Calvary was lengthy’: Pope’s Stations recall those exploited

ROME (CNS) — Recalling Jesus’ death on the cross, Pope Francis led thousands on Good Friday in reflecting on the crosses of loneliness, fear and betrayal that crucify countless men, women and children in the world.

In the annual Way of the Cross in Rome’s Colosseum April 19, the meditation for each station reflected the suffering and pain of people exploited and marginalized.

At the 13th station, Jesus is taken down from the cross, the meditation recalled the funeral of 26 young Nigerian women who drowned in the Mediterranean Sea.

"Their Calvary," it read, "was lengthy and difficult."

"Two of them were bearing in their womb the gift of a new life, children who would never see the light of day," the reflection read. "Yet their death, like that of Jesus taken down from the cross, was not in vain. We entrust all these lives to the mercy of God our father and the father of all, especially the poor, the desperate and the abased."

At each station, various people took turns carrying a large black cross and circling the famed Colosseum, which glowed a fiery orange from hundreds of candles placed around the ruins. Thousands of men, women and children standing outside also held lit candles as the sounds of prayers, reflections and music echoed throughout the hallowed site where many Christian executions took place in ancient Rome.

This year, the meditations for the late-night event were written by Consolata Sister Eugenia Bonetti, a missionary who ministers to sex workers along the roadsides of Italian cities, in police detention centers or in church-run safehouses, helping them get off the streets and rebuild their lives.

Sister Bonetti is a leader among women religious working against human trafficking. She started and led anti-trafficking initiatives for the Italian Union of Major Superiors and helped educate officials in Italy and the United States about the problem.

Many of the meditations reflected on the horrors of human trafficking witnessed by Sister Bonetti.

The prayer during the meditation of the sixth station — Veronica wipes the face of Jesus — asked God to "cleanse our eyes so that we can see your face in our brothers and sisters, especially in all those children who, in many parts of the world, are living in poverty and squalor."

"Let us think of all those children in various parts of the world who cannot go to school but are instead exploited in mines, fields and fisheries, bought and sold by human traffickers for organ harvesting, used and abused on our streets by many, including Christians, who have lost the sense of their own and others’ sacredness," the meditation read.

At the end of the service, Pope Francis read a prayer he wrote, asking Jesus to help Christians today to "see in your cross all the crosses of the world."

He also prayed that Christians may see the cross of Christ in the church that, although faithful to the Gospel, "struggles to carry your love even among the baptized themselves" and is "continually attacked from within and from without."

In his prayer, which he read from a hillside overlooking a torch-lit cross and the crowds holding candles, the pope remembered the crosses of people "hungry for bread and love," especially those who are "lonely and abandoned even by their own children and relatives."

The pope also remembered the crosses borne by children "wounded in their innocence and purity," and who also "find themselves marginalized and discarded even by their families and their peers."

He also prayed for consecrated men and women who are "rejected, mocked and humiliated" for bring Christ’s light into the world as well as those "who along the way have forgotten their first love."

Concluding his prayer, Pope Francis said, "Lord Jesus, rekindle in us the hope of the resurrection and of your definitive victory against all evil and all death."

‘Their Calvary was lengthy’: Pope’s Stations recall those exploited 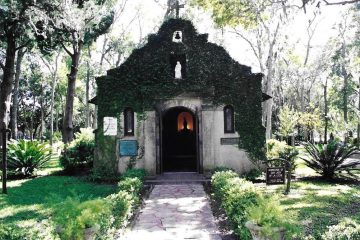