Throwback Thursday: Bishop on a bulldozer

In the late 1950s, just as today, it wasn’t common to see a bishop in full clerical garb riding atop a bulldozer,  but it happened once.

Pictured in today’s Throwback Thursday is Archbishop Karl J. Alter. On Jan. 4, 1959 he mounted a bulldozer for a photo op during the construction of Moeller High School. The photo ran as the cover of the April 19, 1985 edition of The Catholic Telegraph.

Moeller, named for the diocese’s fourth bishop, was built in the wake of a successful capital campaign that raised money to build several high schools in the archdiocese. Among those built from the $10 million raised were La Salle and McAuley. Funding also went to Elder, Roger Bacon, McNicholas and St. Xavier. A similar campaign took place in Dayton and the northern area raising more than $4 million for the construction of Alter High School and Carroll High School.

The high schools built from that campaign stand today as a legacy to what good stewardship can do.

In a press release sent out concerning the Archdiocese of Cincinnati’s new capital campaign, “One faith, One Hope, One Love,” Archbishop Dennis M. Schnurr referred to the work of Archbishop Alter more than 50 years ago.

“I call it historic because no appeal involving our local needs has been offered on such a scale since Archbishop Karl Alter’s capital campaign more than a half-century ago,” Archbishop Schnurr wrote in a letter. “In scope, this represents a comprehensive, extraordinary and exciting outreach to strengthen our parishes, our schools, our ministries, our very foundations for the future. These goals are about nothing less than building the Church as we are called by Christ to do.”

The present campaign hopes to raise $130 million, half of which will also benefit Catholic education. For the full story on One Faith, One Hope, One Love, click HERE. Learn more about the campaign HERE.

Throwback Thursday: Bishop on a bulldozer 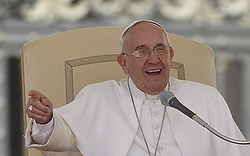