A man visiting the Vatican museums in Rome on Wednesday flung two ancient Roman busts to the ground, causing moderate damage to the valuable works of art.

According to an article in the newspaper Il Messaggero, the middle-aged American tourist asked to see the pope and became enraged when told that would not be possible. He then threw one bust to the ground and knocked the other over while trying to run away.

The man had bought a ticket to the Vatican’s Chiaramonti Museum where the busts were displayed.

After the incident, he was restrained by security guards and taken to the police station for questioning.

“The person who pulled down the statues has been arrested by the gendarmes and handed over to Italian authorities,” Vatican spokesperson Matteo Bruni told reporters.

The man had been cited for public indecency in the United States in the past, reported Corriere Della Sera.

The damaged marble sculptures were representations of “minor figures” and part of the collection in the Chiaramonti Museum created under Pope Pius VII Chiaramonti (1800-1823) that includes more than 1,000 busts, statues, and sarcophagi from ancient Rome.

The Vatican told Corriere Della Sera that damage to the busts “is not significant, the faces have not suffered great damage, perhaps one of the two specimens has detached a piece of the nose.”

The busts have been moved to the marble restoration workshop of the Vatican Museums, the report said.

Elizabeth Lev, an art historian who offers tours of the Vatican Museums, shared the news on Twitter, noting, “Tragically, our first great post-pandemic tourist season has been marred by irresponsible tourists.”

Since Italy reopened tourism, on several occasions visitors have damaged or placed the country’s historic landmarks at risk.

Earlier this year, in Rome and in Pisa, tourists crashed drones into medieval buildings. And in June, two tourists rode their scooters down Rome’s Spanish Steps, causing $27,000 worth of damage.zeld

None of these incidents compares with the time in May 1972 when a man entered St. Peter’s Basilica with a hammer hidden in his coat. He then proceeded to smash Michelangelo’s Pietà, damaging Our Lady’s arm, nose, and eyelids. The sculpture of the body of Jesus held by his mother has since been restored and is now back at St. Peter’s, protected behind a bulletproof acrylic panel. 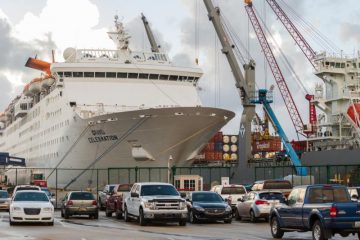