SAN DIEGO (CNS) — The University of San Diego has a message for students who were once in the foster care system, homeless or at risk for homelessness.

"We recognize that things have happened to you in your past," said Cynthia Avery, the Catholic university’s assistant vice president for student life, "but this is a time to rewrite your story."

And the university is ready to assist with those rewrites.

Established in 2012, the Torero Renaissance Scholars program offers comprehensive support specifically to students from the foster care system and those at risk for homelessness. Many public universities have established similar programs in recent years, but USD is among the few Catholic or independent universities to offer one.

Benefits of the program include access to academic tutoring and financial and career counseling; opportunities for internships and mentorships; one or two scheduled social events each month; emergency financial assistance when a car breaks down, a personal laptop computer is lost, or some other unanticipated challenge arises; and regular access to the campus food bank and supply pantry.

A grant from the In-N-Out Burger Foundation has made it possible for Torero Renaissance Scholars to receive financial compensation for summer internships with community partners. One student has been doing scientific research for two years at Birch Aquarium at Scripps. Another student has been interning with New Americans Museum, helping to collect oral histories from fellow immigrants.

Potential Torero Renaissance Scholars are typically identified from their financial aid applications and encouraged by the TRS Support Team to sign up for the program.

However, Avery also has received referrals from members of the University of San Diego community, who have informed her about students who were found to be living out of their cars or sleeping in one of the gardens on campus. She has worked to find accommodations for these students.

Avery, who also serves as a court-appointed special advocate, brought her passion for foster youth to campus when she arrived 10 years ago. She quickly discovered that the university didn’t have any programs specifically tailored to this demographic and, recognizing the need for such outreach, laid the groundwork for what would become the Torero Renaissance Scholars program.

"The statistics " are pretty grim for students who emancipate from a foster care system," Avery told The Southern Cross, newspaper of the Diocese of San Diego.

According to the nonprofit Foster Care for Success in 2014, 84 percent of foster teens want to attend college, yet only 20 percent manage to do so and of those only 3 percent go on to earn a bachelor’s degree.

These students lack a stable learning environment, Avery said, and many have attended more than two high schools and sometimes as many as four.

The Torero Renaissance Scholars program’s name references the university’s mascot, the Torero (Spanish for "bullfighter"), but also alludes to the historical epoch that followed the Dark Ages.

Like the Renaissance period, Avery said, the program represents "a new beginning, a rebirth, a time of enlightenment" for its participants.

Since its launch, nearly all of the program’s 20-plus past participants have gone on to receive diplomas from USD. The only exceptions have been the few who have taken medical leaves of absence.

Of the 14 students who are currently enrolled, Avery said, about three-quarters of them are on the honor roll, which means they have a GPA of 3.0 or higher.

Monserrat Lopez, a former Torero Renaissance Scholar, graduated in 2017 with a bachelor’s degree in music and a minor in business.

The 23-year-old, who now works for the brokerage firm LPL Financial, is grateful for the sense of solidarity and the practical help afforded by the program.

"It was good to be around other people who were in similar situations," she said, recalling her first meeting with her fellow Torero Renaissance Scholars.

Lopez had been homeless during her high school years. Her father "disappeared for a couple of months" and, because the rent went unpaid, she and her brother had to find someplace else to live.

At first, each sibling found shelter at a friend’s home, sleeping on the couch. But after about three months, they moved into a shelter for homeless teens in downtown San Diego. She continued to live there until her high school graduation and, after starting at the University of San Diego, she moved into campus housing.

"All of these students belong here as members of our community and (they) make us better," Avery said. "These students are some of the most resilient individuals you’ve ever met. Their stories are incredible."

Maria Coleman was homeless when she found out she had been accepted to the university. Her face still lights up as she recalls seeing her status change from "applicant" to "student" on her laptop computer.

It hasn’t been easy for the 38-year-old, a survivor of domestic violence and mother of two teenagers. But with support from the Torero program, she’s on a path to graduate with a bachelor’s degree in political science in 2020.

In addition to living on campus and interning at the New Americans Museum, she’s doing another internship this fall at U.S. Rep. Susan Davis’ San Diego office and belongs to the rowing team.

"If it wasn’t for the support from the TRS program I don’t know where I’d be," said Coleman. She appreciates meeting regularly with other students in the program and they share experiences. "There’s a sense that we’re in it together and we will make it," she said.

For former foster student Alejandra Lopez-Cuellar, who graduated in 2016, also praises the program, and she especially appreciated that university administrators understood the challenges she was facing.

"Not having to constantly explain my situation" was a big help, said Lopez-Cuellar, who was able to live on campus the summer after her first year at USD.

Wearing the TRS stole at graduation that symbolized how she’d persevered and overcome the odds "was a really proud moment," she recalled.

Over the past two years, she has served as an AmeriCorps VISTA member in several locations around the country.

"I have learned that I enjoy working with other people and helping them reach their goals, personal or professional," she said.

This fall, she began overseeing the volunteer program for the New York Immigration Coalition in New York City.

Grasska is assistant editor of The Southern Cross, newspaper of the Diocese of San Diego. 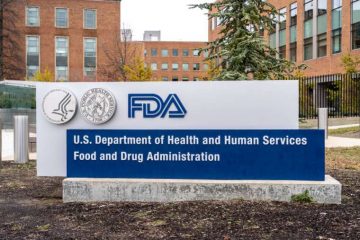