Archbishop Paul Coakley of Oklahoma City, head of the Committee on Domestic Justice and Human Development at the USCCB, emphasized the Church’s position on capital punishment and urged the administration to reconsider the three executions scheduled for July 13.

“Now that the Supreme Court has declined to hear the appeals of four federal death row inmates, and the Justice Department has set new execution dates beginning July 13, I reiterate the call made last July for the Administration to reverse course,” he said in a June 30 statement.

In July 2019, Attorney General William Barr announced that the Department of Justice and the Federal Bureau of Prisons would resume federal executions for the first time in nearly 20 years, and named five people who would be the first group of federal death row inmates to be executed.

“Under Administrations of both parties, the Department of Justice has sought the death penalty against the worst criminals, including these five murderers, each of whom was convicted by a jury of his peers after a full and fair proceeding,” said Barr.

Three of the executions are scheduled to take place on July 13. The last federal execution occurred in 2003.

Four of the plaintiffs, who were sentenced to death for multiple murders, challenged a new execution protocol, which permits the use of only one lethal drug instead of the three drugs normally used.

In November 2019, U.S. District Judge Tanya S. Chutkan issued an injunction delaying the executions until the Supreme Court ruled whether or not to take up the case. Chutkan pointed to a rule under the Federal Death Penalty Act that requires federal executions to be administered “in the manner prescribed by the state of conviction.” Two of the four plaintiffs had been convicted in states using the three-drug protocol.

On Monday, the Supreme Court declined to hear the inmates’ challenge, clearing the way for the executions to take place as planned.

Archbishop Coakley reiterated the Church’s opposition to the use of the death penalty in modern society.

“As Pope Francis articulated through the Catechism of the Catholic Church, the death penalty is unacceptable as an affront to the Gospel and to respect for human life,” he said. “At their June 2019 meeting, the Catholic bishops of the United States voted overwhelmingly in affirmation of this position.”

“Two of my brother bishops and I wrote. . . last year: ‘To oppose the death penalty is not to be “soft on crime.” Rather, it is to be strong on the dignity of life.’ To this end, I implore Attorney General Barr and President Trump to abandon this path to preside over the first federal executions in 17 years.” 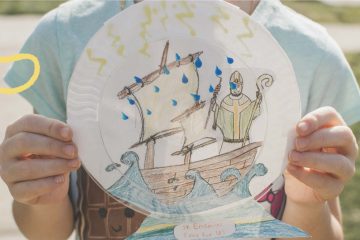