Washington D.C., Dec 22, 2020 / 05:48 pm MT (CNA).- Catholics are not morally obliged to take the coronavirus vaccine and should appeal to the Holy Spirit for wisdom, Archbishop Joseph Naumann of Kansas City in Kansas has said.

Speaking on EWTN’S Pro-Life Weekly with host Catherine Hadro, Naumann, chair of the United States Conference of Catholic Bishops’ Pro-life Committee, said that while all three of the available vaccines have ties to a cell line derived from an abortion, it would not be illicit for a Catholic to receive them.

“I think, like in everything, we need to pray,” said Naumann. “We need to ask the Holy Spirit to give us wisdom and to make the right choice, the moral choice for us. And we have to weigh these goods: the good of protecting our health, the health of our loved ones, the health of the community.”

“And also at the same time, stand strongly to protect innocent human life and to bring an end to the culture of death and to abortion,” he said.

A person who receives the vaccine, said Naumann, must be motivated in part by a desire to protect the common good.

Naumann said there was a “moral justification” to receiving the vaccine, but that “not everyone has to make that decision.”

Those who do receive the vaccine, however, “are even more obligated” to urge pharmaceutical companies and the government to strive to produce ethical vaccines.

Naumann said it was “important” to note that “these are very old cell lines,” and that “it’s not like new abortions are happening because of these vaccines.”

If a vaccine were to be released that was completely free of any connection to abortion, said Naumann, “certainly that would be our encouragement for Catholics to use those.”

“But if the only options are these (three vaccines), then we think that the Moderna and Pfizer are even more remote in their cooperation in an abortion than the AstraZenaca one.”

Despite the abortion connection, Naumann, echoing a recent decree from the Congregation of the Doctrine of the Faith, stated the vaccinations are “licit and permissible,” though not obligatory.

Receiving the vaccine, the archbishop explained, would be considered to be “remote cooperation” with abortion.

Naumann said that he did not see the vaccines as “encouraging abortion,” adding that “it’s not like new abortions need to occur for these cell lines. These cell lines have been replicated for decades now.”

The cell line in question, HEK-293, was derived from an aborted female child in the Netherlands in the 1970s. Naumann said that he believed scientists were using this cell line “more out of convenience.”

“This is why the bishops of the United States really early on in the COVID epidemic, we asked our government, ‘please make sure that there are ethical vaccines available for our people,’” said Naumann.

St. Joseph the Worker was once out of work, too 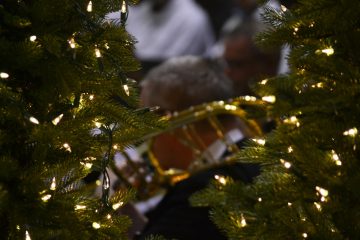