Before every volleyball home game, Seton’s team goes to the school’s chapel to pray. They don’t pray for a win. They pray to become closer as teammates and to God and to be better versions of themselves.

“That’s where we hold a lot of connections, through prayer,” said Junior Julia Marr, who has already committed to Western Michigan University. “And we even do pray on the court, and that’s where we do it the most.”

The importance of that prayer is to enforce the trust “that God will always be with us,” she said.

Faith in God is not only taught in school but afterwards as well with Seton’s athletic ministry, Sportsmanship and Spirit. It helps tie God into everything the athletes do on and off the court.

“If we lose a tough game, we’ll go home, reflect on it, think about how we can work better and act as Jesus did in order to push our teammates harder help them where they need help, pick them up where they need picking up,” Marr said.

Then Seton dropped back-to-back league games, losing three sets each to the two-time Division I state champion Ursuline Academy and St. Ursula Academy – two of the top teams in the state this season.

This is Crowley’s first year with the Saints. He brings nearly 20 years of high school and elite club-level volleyball coaching experience, and a philosophy that complements the mission of the Sportsmanship and Spirit ministry to prepare the girls not only to face the adversity of the season, but also for life after volleyball.

And the team embraces that message, said Suzanne Klosterman, one of the Saints’ six seniors.

“This team means a lot to me, from growing friendships with girls that I’ll see every day at school to learning things I’ll get to use every day in my life,” said Klosterman, who committed to play volleyball at LaSalle University next year. “The girls in practice, we all inspire each other; we all push each other to work harder.”

The synergy developed on the court by Crowley’s coaching and through the school’s sports ministry has strengthened their bonds as teammates, Saints and Catholics.

“We try to represent Seton as best as we can on the court through our faith,” said Erika Maurer, who founded and leads Seton’s Sportsmanship and Spirit ministry.

Every week with every in-season sport, the athletes learn faith-building lessons, where they talk about a topic and focus on it during the week’s games.

“It’s just been really awesome to bring faith into sports which take up so much of a high school athlete’s life,” said Maurer, a 2013 Seton graduate. “That’s my goal with the program, is to teach the girls in simple ways to apply their faith to their everyday life so when their volleyball career is over they still have a firm foundation to continue walking that out the rest of their life.” 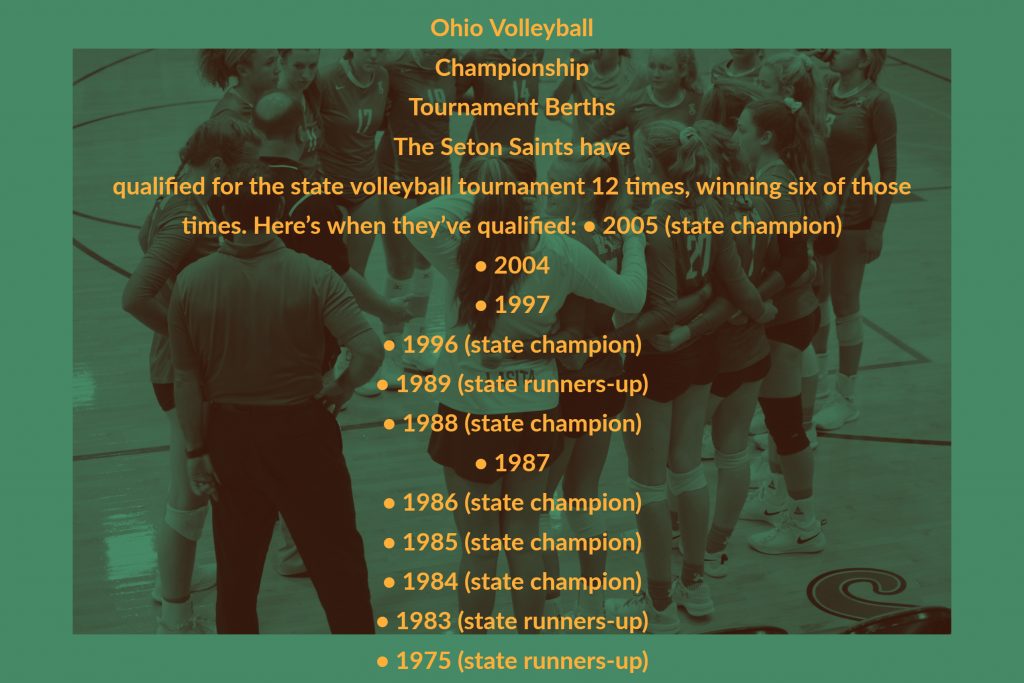 Catholic priest murdered in Kenya, latest in string of killings

Church must make 'preferential option for the Amazon,' bishop says