A Christian florist who was sued after declining to create flower arrangements for a same-sex wedding ceremony and subsequently spent eight years in court will pay a small settlement and retire, rather than seek another U.S. Supreme Court hearing.

“I am willing to turn the legal struggle for freedom over to others. At age 77, it’s time to retire,” Barronelle Stutzman, who owns Arlene’s Flowers in Richland, Washington, said Nov. 18.

“I’ve never had to compromise my conscience or go against my faith. I’ve met so many, many kind and wonderful people, who’ve generously offered me their prayers and encouragement and support.”

In 2013, the florist declined to make flower arrangements for the same-sex wedding of long-time customer and friend Rob Ingersoll and his partner Curt Freed. She said that as a Christian, she believed such a union would violate her faith, and she could not make a floral arrangement for a same-sex wedding. Stutzman referred Ingersoll to several nearby florists.

“I’d always been happy to sell him bouquets of flowers,” Stutzman said in her Nov. 18 letter. Celebrating his marriage to another man, she said, “was a line I could not cross, even for friendship.”

“I am a Christian, and I believe the Bible to be the Word of God. That Word makes it clear that God loves all people so much that He sent His Son to die in their place,” she said. “And it also teaches that He designed marriage to be only the union of one man and one woman. I could not take the artistic talents God Himself gave me and use them to contradict and dishonor His Word.”

Although Ingersoll did not file a complaint with the state, he and Freed later sued Stutzman through the American Civil Liberties Union. The attorney general of Washington state brought a discrimination complaint against her.

Stutzman, represented by attorneys with the Alliance Defending Freedom legal group, fought the legal complaints. Her attorneys feared that the ACLU lawsuit could force her to pay potentially ruinous attorneys’ fees.

Under the settlement, she will withdraw the pending petition for a rehearing at the U.S. Supreme Court. She will pay $5,000 to Ingersoll and Freed.

“This settlement is an end to a lengthy court case, not a change in or surrender of Barronelle’s beliefs,” Kristen Waggoner, general counsel at Alliance Defending Freedom, said Nov. 18.

“Over the last eight years, Barronelle stood for the First Amendment freedoms of all Americans, even those who disagree with her about a deeply personal and important issue like marriage. And in so doing, she’s inspired millions of others in their own public and personal battles to live their faith without government interference.”

The plaintiffs in the lawsuit issued their own statement.

“We are glad the Washington Supreme Court rulings will stay in place to ensure that same-sex couples are protected from discrimination and should be served by businesses like anyone else,” Ingersoll and Reed said, according to CNN. “It was painful to be turned away and we are thankful that this long journey for us is finally over.”

They said they would donate the $5,000 to a local LGBT advocacy and support group.

In 2017, the Washington Supreme Court had upheld a lower court’s ruling against Stutzman. In June 2018, the U.S. Supreme Court vacated the ruling and sent the case back to the state supreme court, ruling that Stutzman’s case should be reconsidered in light of the Court’s Masterpiece Cakeshop decision.

In that decision, the court decided that the Colorado Civil Rights Commission showed a constitutionally unacceptable hostility toward religion in ruling that Masterpiece Cakeshop baker Jack Phillips violated anti-discrimination law for declining to make a cake for a same-sex wedding on the basis of his Christian beliefs.

In June of 2019, the Washington Supreme Court again ruled against Stutzman saying the lower courts had not acted with impermissible hostility towards her religious beliefs. In the view of her attorneys, the state supreme court issued largely the same decision that it had previously, despite the U.S. Supreme Court’s order to reconsider the case in light of a new decision.

In September 2019, Stutzman’s attorneys asked the U.S. Supreme Court to hear her case a second time. They argued that the state court effectively excused religious hostility by a state executive official. The attorneys said the Supreme Court “should reaffirm that the Free Exercise Clause binds all state actors, not only adjudicators.”

In July 2021, the Supreme Court declined to hear her case, over the objections of Justices Clarence Thomas, Samuel Alito and Neil Gorsuch. Her attorneys had filed a petition to rehear the case, which is to be withdrawn under the settlement.

University to build 'Roger Glass Center for the Arts'

Meet 3 Servants of God who just advanced toward sainthood

A prayer on Independence Day 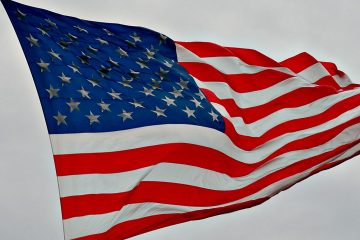