1968 was a turbulent year in America. The Vietnam War was in full swing; Martin Luther King Jr. and Robert F. Kennedy had been assassinated; and riots were breaking out across the United States, including in Washington DC.

But there was one event at the very end of 1968 that provided a glimmer of hope: the first Christmas in space, which saw three men circle the moon and broadcast a Christian message to an enraptured audience of hundreds of millions.

Guy Consolmagno, a PhD astronomer and Jesuit brother who directs the Vatican Observatory, told CNA that he remembers— huddled with friends and family around a grainy TV set— watching the astronauts blast off.

“These were moments that marked my life, and have since I was a little kid,” Brother Consolmagno recalled to CNA in 2020.

The United States had launched the Apollo program in 1965, in response to President John F. Kennedy’s 1961 challenge to put a man on the moon by the end of the decade. The Soviet Union had been making strides in their own space program, and there were rumors that they would beat the U.S. to the moon.

NASA shifted into high gear, and the mission on which the USA’s lunar ambitions rested, Apollo 8, was stunningly ambitious. The rocket they were planning to use had never carried a crew before. A recent unmanned test mission, Apollo 6, had failed.

Worst of all, in 1967, a fire in a test capsule had claimed the lives of three Apollo astronauts. To say the odds were stacked against NASA would be an understatement.

The timing of the mission was critical, as the distance between the earth and the moon varies. By NASA’s calculations in the fall of 1968, the optimum date for a shot at lunar orbit was just a few short months away, in late December.

And by December 21, 1968, the Saturn V rocket was ready on the launchpad in Florida, with astronauts Frank Borman, Jim Lovell, and William Anders on board. The Saturn V is the most powerful vehicle created by humans before or since. It had never carried humans before.

The astronauts kept a running diary, as they took in sights no human had ever seen before. By Christmas eve, Apollo 8 reached lunar orbit. Borman, Lovell, and Anders became the first human beings to leave earth’s orbit, and the first to glimpse the far side of the moon. Oh, and not to mention they set a new speed record for the human race: 24,200 mph.

The craft had a TV camera on board, and the men would send back a total of six broadcasts, the last of which was during prime time on Christmas eve. It is this broadcast that Consolmagno remembers so clearly.

For the Christmas eve broadcast, NASA hadn’t given the men any specific instructions on what they should say, only that they say something “appropriate.”

And so, with an audience of 1 billion hanging on their every word, Bill Anders spoke first, followed by Lovell, and then by Borman:

“For all the people on Earth, the crew of Apollo 8 has a message we would like to send to you.

In the beginning God created the heaven and the earth.

And the earth was without form, and void; and darkness was upon the face of the deep.

And the Spirit of God moved upon the face of the waters. And God said, Let there be light: and there was light.

And God saw the light, that it was good: and God divided the light from the darkness.”

“And God called the light Day, and the darkness he called Night. And the evening and the morning were the first day.

And God said, Let there be a firmament in the midst of the waters, and let it divide the waters from the waters.

And God called the firmament Heaven. And the evening and the morning were the second day.”

“And God said, Let the waters under the heavens be gathered together unto one place, and let the dry land appear: and it was so.

And God called the dry land Earth; and the gathering together of the waters called the Seas: and God saw that it was good.”

The astronauts later said they picked the passage from Genesis 1 because of its importance not just for Christians, but for many of the world’s major religions.

Consolmagno said the choice of that particular passage of scripture was unexpected, but it made a lasting impression on him.

“I would have expected a Psalm about how the heavens proclaim the glory of God, but instead to have chosen that particular reading, was an act of genius that I would never have thought of,” he mused.

“To hear the story of Genesis read out in that way, in that very respectful way, it was fulfilling and affirming in a way that I would never have guessed.”

On Christmas morning, the astronauts ignited the craft’s engine and headed for home. As they gathered speed, they feasted on a Christmas dinner of turkey, stuffing, and small bottles of brandy.

A few days later, their spacecraft splashed down in the Pacific Ocean, and an aircraft carrier picked them up. They had spent the first Christmas in space, and made it home safely in time to ring in the new year, 1969.

The mission was an amazing achievement that galvanized the public, as the possibility of touching and traversing the lunar surface became all the more real. And by July 1969, the astronauts of Apollo 11 would do just that.

Unfortunately, this story in some ways doesn’t have a fairytale ending. Anders, who read part of the Bible passage, said in later years that seeing the tiny earth below them actually contributed to a loss of his Catholic faith— perhaps because it made everything seem so small.

Also, as you might expect, not everyone was happy that the astronauts had read a Bible passage. One public atheist even filed a lawsuit against NASA— which the Supreme Court threw out.

Consolmagno said all this wasn’t particularly surprising— after all, prominent atheists had raised a stink just a couple of years earlier when “A Charlie Brown Christmas”, which had an explicitly Christian message, had aired on network TV.

To this day, Consolmagno loves talking about this episode from history. It helped set him on the path he’s on today, as a joyful practitioner of his faith, but also as an accomplished scientist.

“If you can find a day when it’s not cloudy, just pay attention to where the moon is every day. And remember that 50 odd years ago, people were up there. People walked on that surface and the time will come when we get to go back,” he said.

“It is part of God’s creation. And I think God is inviting us to explore there.” 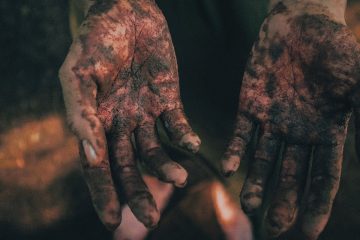