The bishop of El Paso said the Church must work with the administration on issues that overlap, after attending an immigration roundtable with the vice president on Friday.

Bishop Mark Seitz of El Paso was one of a number of local leaders who met with Vice President Kamala Harris (D) on her first trip to the U.S.-Mexico border on Friday, June 25.

“We know there are many areas in which we do not agree with positions taken by the administration. And those issues need to be discussed, no question about it,” said Bishop Seitz told CNA in an interview following the meeting.

“But we also need to work with the administration and our legislators on areas where Catholic teaching and practice comes together with efforts that our government is making,” he said.

Harris mentioned policies of family separation, “inhumane” housing for migrants, and a “broken” asylum system, in comments during the portion of the meeting open to the press pool. “Do justice, love mercy, walk humbly with your God,” she said to Bishop Seitz, quoting Micah 6:8.

According to Bishop Seitz, advocates at the roundtable brought up “root causes” of migration to the U.S. in their meeting with Harris, as well as the administration’s Title 42 policy which prevents asylum-seekers from entering the United States due to the pandemic. The U.S. Conference of Catholic Bishops on Thursday criticized “the misuse of Title 42 to turn away vulnerable asylum seekers.”

“Right now, no one, no matter how desperate their situation, has a right even to make a claim for asylum at our border,” Bishop Seitz told CNA of the Biden administration’s continuation of existing Title 42 policy.

“That has to end,” he said of the policy.

Migration, for many – especially from the “Northern Triangle” countries of Honduras, El Salvador, and Guatemala – is a life-or-death issue, he emphasized. Those three countries have been known to have among the world’s highest homicide rates.

Vice President Harris, in a trip to Guatemala earlier this month to address root causes of migration, warned those considering migrating to the United States against making the “dangerous” trip, saying “Do not come. Do not come. The United States will continue to enforce our laws and secure our border.”

Bishop Seitz said that the administration and political leaders need to understand that “this broken system of immigration is not going to be fixed overnight, and a focus on improving the root causes of immigration is going to take years.”

“Our nation is big enough to handle the effects of that. But the moment that we start to get uncomfortable with the numbers [of immigrants], we can’t just fall back on the easy ‘answer’ of various kinds of enforcement,” he added. The bishop emphasized that the United States should welcome migrants while also working “perseveringly” to improve the situation in their home countries.

Bishop Seitz said that at Friday’s roundtable, he mentioned his personal experience on the issue of immigration, having participated in parish mission trips to Mexico and Central America as a priest.

He noted that on the mission trips, “we went in with a very American notion that we were going to go fix things.”

“I came to understand that they [residents] know what they need better than we do,” he said.

The United States as a nation needs to think the same way, he said.

“And of course, if we truly believe that these are people just like you and I who have not only intelligence but human dignity,” he added, “we shouldn’t go in as a nation and just say ‘this is what we’re going to do to fix you,’ but rather to talk to people on the ground, where they live, listen to what their experience is, and what they believe is needed for things to get better.”

The Church must be delivering a prophetic witness on immigration, he said.

“We’ve heard rhetoric that leads people into a great deal of fear. And that fear shuts off the desire to really understand what is happening, or to respond to the need,” he said.

“So it’s really important for the Church to be involved in this, as she needs to be involved whenever there’s a situation where human beings are suffering, poor, vulnerable – that’s where Jesus would be.”

10 fascinating facts about Pierre Toussaint, a former slave on the road to sainthood 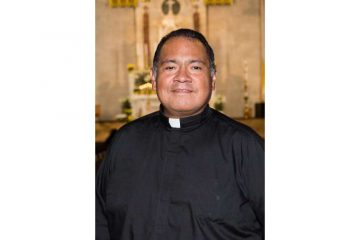