“The Athenaeum of Ohio/Mount St. Mary’s Seminary was very dear to the heart of Bill Williams, and he was certainly dear to our hearts, too,” said Father Edward Smith, president/rector of the Athenaeum. “For many years he and [his wife] Helen have been major benefactors, and wonderful examples of Christian generosity. Bill’s love for priests, the church and his faith were evident in so many ways, not the least of which was his support of the Athenaeum, which he treasured as the place for the formation of the next generation of ministers for God’s people.”

Father Rey Taylor was associate executive director at St. John Social Service Center in Cincinnati in the early 1980s when he first met the Williamses.

“I never saw one without the other,” said Father Taylor, who was a Brother of the Poor of St. Francis at the time. “They were very good at giving donations and contributions.”

The Williams’ also supported Boys Hope Girls Hope Cincinnati, of which Father Taylor was program director in the 1990s. He also saw their generosity at the Athenaeum when he began formation as a diocesan priest.

“I found both him and Helen to be very kind . . . unassuming Catholic human beings,” Father Taylor said. “They were very much attuned to the Catholic tradition of caring for the poor and needy and those who are disadvantaged, in response to our Catholic teaching of serving the needs of the poor.”

A Mass of Christian Burial was celebrated by Archbishop Daniel E. Pilarczyk on Aug. 27 at St. Xavier Church in Cincinnati. Interment followed at Gate of Heaven Cemetery. 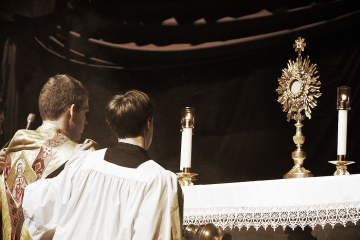