ARCHDIOCESE — Wiliam Schickel, a liturgical artist whose work as a sculptor, designer and painter graces many church structures throughout the Archdiocese of Cincinnati and the nation, died July 14. He was 89.

His work over the past six decades includes design for St. Henry Church, Dayton, renovation for St. Charles Borromeo in Kettering, the design for the converstion of the Trappist Abbey of Gethsemani in Kentucky, and the renovation of Bellarmine Chapel at Xavier University. One of his early major projects was the transformation of a 100-year-old dairy barn into a chapel at Grailville in Loveland.

A discussion of Schickel’s work was not possible without exploring his faith and commitment. “They are all one,” he told The Catholic Telegraph in an interview in the 1990s. “Catholicism is the air I breathe, the shaping influence in our family’s life. I literally believe I was created by God to do this work” — an obedient exercise which keeps him in harmony with the natural world, he said.

A native of Connecticut, Schickel attended the University of Notre Dame, where he was given the Emil Jacques medal in fine arts and did graduate work at the New York State School of Design at Alfred University. He had numerous publications and awards, as well as exhibitions, including one at the Smithsonian in Washington, D.C., and the Sining Kamalig Art Gallery in Manila, Philippines. A second edition of Sacred Passion: The Art of William Schickel, by Gregory Wolfe, will be published later this year.

Schickel served two apprenticeships — one with Hungarian sculptor Eugene Kormendi and the other with stained glass designer Emil Frei of St. Louis, Mo., whose studio made the windows for the Miami Valley Hospital chapel. He married Frei’s daughter, Mary, who died in 2007.

The Catholic Moment: Has the Transfiguration transfigured you? 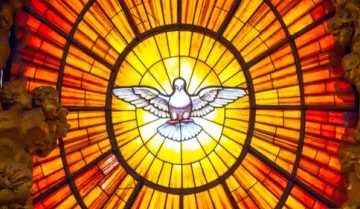