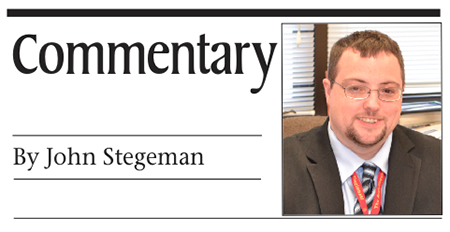 A large First Communion crowd and a loud baby (my own) made it very hard to pay attention at Mass this weekend as my wife, mother-in-law, and I stood in the back of St. Martin of Tour’s in Cheviot this Sunday. Even so, First Communion always brings back memories for me.

I remember my first “official” communion at St. Antoninus on the “West Side” of Cincinnati only loosely. I know I had blue pants and a white jacket. I remember a party afterwards and I remember playing with my brand new Super Soaker 50 squirt gun. Unfortunately, I don’t remember receiving the Eucharist that day.

Maybe the reason I can’t remember my “official” First Communion day is because that day wasn’t my first time receiving the Lord’s body anyway.

I’m not sure if it was weeks or months before my scheduled first communion, but as fate would have it I took my first communion without the rest of my class at St. Antoninus. I was at Mass with my family at Little Flower church in Mt. Airy where my father was music director at the time. My mom was corralling my older sister Karyn and I, probably while carrying my then-youngest sister Rachel in her arms (and carrying the fourth, Mary, in her womb), when communion time came.

Ordinarily, Mom put us ahead of her so she could let the priest or extraordinary minister of Holy Communion know that Karyn could receive but I could not. Somehow, I ended up behind mom in line. She held my hand until she had to let go to receive herself. As she turned toward the cup, the Extraordinary Minister held up the Host to me.

I stared at the Host for a moment before reacting, truly not sure what I was going to do.

Before I continue I should note I called my mother, sister and father to get their recollection of the events. The details mostly match up. Mom said she wasn’t worried about me trying to receive because I’d never tried to do so before.

She added, “You were very excited about the prospect (of receiving) and no doubt because the scheduled date of your first communion was so close, you had practiced in school. To you, you were ready and there was probably nothing wrong with it.”

I’d never made it this close to receiving before, but I’d seen others do it. I remember knowing that I wasn’t quite supposed to receive yet, but I knew I wanted to. I certainly lacked any real theological understanding as a second grade student but I did know this was important and special. I knew, somehow, that the Host was Jesus. On a more age-appropriate level, I was also curious how it would taste, and I’d asked my older sister about it previously.

“Amen,” I said. Putting my hands out, receiving and consuming my first Holy Communion.

I was contemplating the taste and texture as we returned to the pew. Leaning over, I told my older sister that her description of the taste had been accurate. Realizing what I’d done, she immediately ratted me out. Mom’s reaction was swift. She gently, but firmly, removed me from the sitting position and made me kneel. She told me to pray, thank God and to think about what had just occurred. I believe she mentioned something about “when my father finds out….”

As I knelt, I didn’t really worry that I was in trouble. I didn’t want my parents to be upset, but I really felt that what happened was a good thing, even if I wasn’t sure why.

The point of this story, if there is one, is that this experience and my parent’s reactions helped foster my love of the Eucharist at a young age.

While Mom later explained to me why I should have waited, I wasn’t grounded or spanked. Dad’s reaction was to wonder aloud whether we should hold the family celebration earlier than planned. Even though I didn’t do what I was told, there was talk of celebration, not condemnation.

I learned then that objective act of receiving the Eucharist was an event worth celebrating.

That moment, along with the Catholic education at home and at school, taught me that the Eucharist really was something special and in hindsight was a major development milestone in my young faith. I hope and pray that all those receiving their first Holy Communion this spring have equally compelling moments that teach them of the Real Presence, and its importance in their lives.

This commentary is a www.thecatholictelegraph.com web exclusive, posted May 5, 2014.