A 25-year member of the Courage International apostolate says the ministry formed him into the man he is today.

Angelo, who attended his first Courage conference in 1995, said he found his way to the group through the suffering of his own experience while living a gay lifestyle in New York City and Hollywood, in his video testimony published Thursday on YouTube.

The Courage apostolate aims to help people with same-sex attraction practice their Catholic faith and live according to Church teaching. It was founded in New York by Father John F. Harvey, OSFS in 1980 at the request of then-archbishop of New York, Cardinal Terence Cooke.

Now under current executive director, Fr. Philip Bochanski, Angelo has worked at Courage International as a staff member for 15 years.

Each member and chaplain of Courage, Angelo said, “has helped me to become the man I am today.”

Angelo said he first noticed an innocent “fascination with men” from a young age. After he graduated high school, he was drawn to hanging around other men who were acting on same-sex attraction, because it made him feel more comfortable with himself; he noted he always had an internal moral struggle.

Angelo ultimately came to the conclusion that if he was going to enter into the gay lifestyle, it would be best if he went as far away as he could.

“It was starting to get too close to home and I just thought ‘I gotta get out of here,’” he said. Angelo then left for Hollywood, California.

Angelo spent about 13 years in California and lived a promiscuous life with “various partners.” During his time there, he said he experimented with “a good amount” of recreational drugs as well.

For months, Angelo felt as if he were having a nervous breakdown; he knew he needed God.

“I thought I was going mad,” he said. Angelo spoke with a psychologist, but also reached out to his brother who was a priest at the time.

“He was the one who mentioned Courage,” Angelo said. “I didn’t hear that name in quite some time.” Angelo had previously known of the apostolate because his sister worked for the past executive director, Fr. John Harvey.

“I knew about Courage, but I didn’t want to know about it for a very long time,” Angelo said.

In the days leading up to the conference, Angelo had a profound ongoing conversion. He said he experienced the “gift of tears” at the 1995 Courage conference in the Bronx, New York.

He returned to the Catholic Church and remains close with friends he made at the Courage conference. He said he has been tempted at times to return to his former lifestyle, but credits the grace of God and his privilege of serving others for his stability.

Angelo said that he was hearing God’s voice at the time of his struggle as a younger man, but chose not to listen. He would tell his younger self to “be open and receptive” to God’s voice and trusted people’s voices.

Editor's Note: Walk by the Light of Christ

What does the synod document say about ordination of women, LGBTQ issues, and the liturgy? 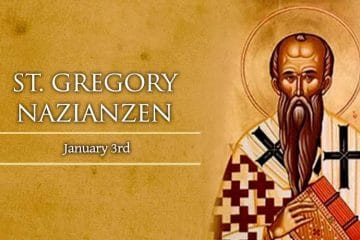