On Oct. 15, Deacon Susano Mascorro of St. Helen Church in Riverside celebrates 50 years as a permanent deacon. His journey of faith began in the Diocese of San Antonio in 1972, when he became one of the first deacons ordained in the U.S.

“I grew up in Laredo, Texas, where my parents settled after emigrating from Mexico,” said Deacon Mascorro. “My father was in the import/ export business and my mother was a teacher and a seamstress. They married in 1915 and had 14 children, five boys and nine girls.”

Now 90 years old, he recalls his family’s active Catholic faith and being an altar server at the age of 10, “I always felt comfortable serving at the altar and taking part in all church celebrations.”

Also raised in a devout Catholic family Deacon Mascorro’s wife, Maria Elisa, was born in Laredo, where her father was an immigration officer. They married in 1965 and had four children, Julieta Laura, Marissa Elena, Celina Rebeca and Rene Alberto.

“I was teaching a high school religion class when my pastor, Monsignor Thomas Lyssy, at St. Benedict’s Church in San Antonio, came to tell me that the church was reinstituting the order of permanent deacon and that he had submitted my name,” he said. “My response was, ‘If you think this is the route God wants me to take, then so be it.’”

Deacon Mascorro credits Maria Elena, who passed away in 2019, with helping him through his years of studies by taking “full control of the children,” including taking them on numerous trips “to educate them on nature and other subjects.” Maria Elena also helped others, preparing couples for marriage and for their children’s baptisms, and she was active in the Spanish support group.

Soon after his ordination in San Antonio, the family moved to Cincinnati where Deacon Mascorro earned an advanced degree at the Air Force Institute of Technology (AFLC). Offered a better position at AFLC, he and the family stayed.

“We made an appointment with Archbishop Bernadin and he incardinated me and assigned me to serve at St. Helen under Monsignor James L. Krusling in 1974,” Deacon Mascorro said.

After 50 years Deacon Mascorro continues in active ministry. Lookin back, he admits the biggest challenge was balancing his time between family, job and ministry. “Sometimes it is difficult to say ‘No,’” he said.

Still, there were many special moments along the way, including being able to baptize his grandchildren. He encourages others to consider their own calling to minister to others.

“The diaconate is a calling to serve the people of God by using your God-given talents to bring them closer to know and understand their faith and to live it,” said Deacon Mascorro. “So, if you hear the Lord’s calling to service, do not be afraid. Answer it. You can receive many blessings.” 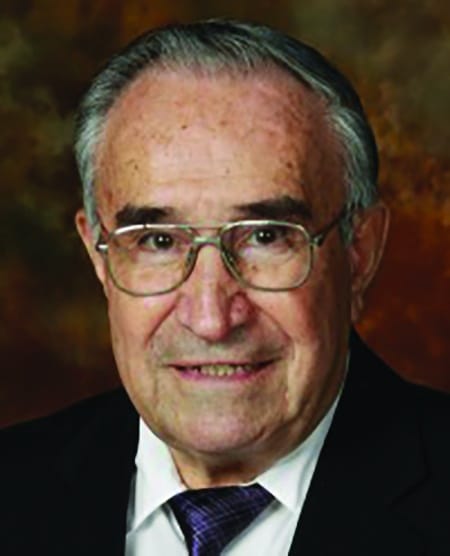 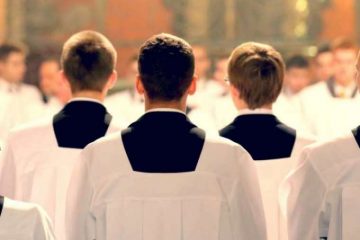