DETROIT (CNS) — While everyone is called to walk in the footsteps of the saints, Anthony Petz took things a little more literally.

Petz, who relocated to California in July 2014 for work, rediscovered his faith and its deep history in the rolling hills and trails of the state where the saint once walked.

“When I moved, I didn’t have a strong grounding in my faith,” Petz told The Michigan Catholic, the Detroit archdiocesan newspaper. “For whatever reason, from going to school or Mass, I was never really invested in my faith, things really didn’t click.

“When I moved out to California, I found St. Brigid Parish in San Diego and met the people of the parish, and it brought to light how deep our faith is.”

California’s heritage traces to the missions established by Franciscan and Jesuit priests in the 18th century, when the area was part of New Spain and later Mexico. Surrounded by that history and aiming to rediscover his faith, Petz decided to start a pilgrimage to San Antonio de Padua Mission in Jolon, California, visiting as many missions as possible.

Petz started his trip at San Diego Mission and hiked along the El Camino Real as much as possible in order to reach San Antonio de Padua Mission. The trail, which translates to “the king’s highway,” follows the path taken by priests and friars to visit the missions.

Petz made a point to stop and pray at each of the missions he visited, usually taking time to snap pictures or purchase a souvenir from the mission’s gift stop.

The purpose of the trip was to visit the mission named after Petz’s patron saint, St. Anthony of Padua, but instead he discovered something about the trip — and himself — that he didn’t anticipate.

“There were a few instances where I really felt God was there with me, especially when I didn’t want to continue,” Petz said. “On the last day, I felt very humble to make it to Mission San Antonio de Padua — it was the real heart of the trip, but it was very anticlimactic.

“There were certain missions where I was blown away by the historical feel to it — certain missions I had a personal connection with. But San Antonio de Padua had no big revelation, no huge spiritual moment I was expecting. But then I stood back and realized, it’s not about where you end up, but how you get there.”

Petz has returned to work with renewed vigor, looking forward to the Christmas season and the Year of Mercy as declared by Pope Francis. He considers the trip a great success, but has no plans for a future trip — for now.

“The trip was all about figuring out how I reach people, doing what Pope Francis wants me to do,” Petz said. “We have to reach people, reflect on how we do that. The biggest takeaway: how to live my faith to the fullest and spread it. What it means to be a Catholic today and an evangelical Catholic, just like St. Junipero Serra, who walked this trail before me.”

Meloy writes for The Michigan Catholic, newspaper of the Archdiocese of Detroit. 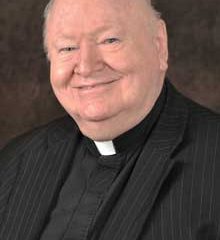