“As bishops, you are servants of hope. And you always serve best by your own example,” Archbishop Gomez said at the Sept. 8 Mass at Los Angeles’ Cathedral of Our Lady of the Angels.

Archbishop Gomez encouraged the three new bishops to “stay close to your people,” especially the poor, the vulnerable and the weak.

“Know your people’s joys and hopes and worries. Speak to their hearts and fill them with hope,” he said in his homily.

He encouraged the bishops to teach by their example “the joy that comes in knowing God’s love and his plan for creation and history.”

Archbishop Gomez concelebrated the Mass with several bishops and dozens of priests. Hundreds of people were in attendance, including the new bishops’ families and leaders from other religions.

Archbishop Vigano read the decrees of Pope Francis approving the ordination of the three bishops. He asked that the congregation would pray that the new bishops will help “radiate the joy of the gospel.”

Before his appointment, Bishop Robert Barron was rector and president of the Chicago Archdiocese’s Mundelein Seminary at the University of St. Mary of the Lake. He has become well known through his online initiative, Word On Fire Catholic Ministries. He also produced the documentary “Catholicism.”

The two other bishops have been serving in the Los Angeles archdiocese.

Bishop O’Connell is a native of County Cork, Ireland. He was ordained a priest in 1979. He has worked to end inner-city violence in Los Angeles. He served as a member of the archdiocese’s pastoral committee on immigration.

Bishop Brennan was ordained in 1980. He served as the archdiocese’s Moderator for the Curia.

Archbishop Gomez said the new bishops were chosen because they were “men of prayer, intelligence and prudence.” His homily reflected on the day’s Gospel readings in which Jesus exhorts Christians to be light and salt to the world.

“Brothers, ‘You are the salt of the earth.’ Always remember where you come from. Never think that being a bishop makes you better, or puts you ‘above’ anybody else,” the archbishop said.

“Mercy is the face of God. So mercy must be the way of your ministry as bishops,” he said.

“But always remember that the light you hold is not your own. Your mission is to radiate and reflect the light of Christ – and to lead others into this light.”

Archbishop Gomez noted that the Feast of the Nativity of the Virgin Mary fell on the same day as the three bishops’ ordination. He said that the bishops’ spiritual fatherhood depends on Mary’s spiritual motherhood. He encouraged them to “intensify and deepen your love for Mary.”

The Los Angeles archdiocese has about 5 million Catholics in over 280 parishes. 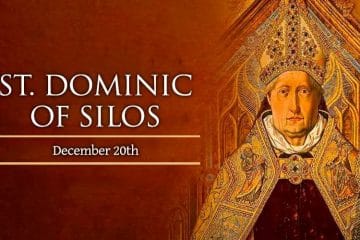