I am considering donating my body to science. What is the Catholic Church’s perspective?

The question of anatomical donations, including donating one’s body to science, engages both the Church’s teaching about the human person and the related understanding regarding an individual’s freedom to discern and offer direction for how they wish their body to be treated after death.

The Catholic view of the human person values not only one’s soul, but also the body. Because the members of the human race are made uniquely in the image and likeness of God, the body has an inherent dignity. This follows Scriptural teaching that the body is a “temple of the Holy Spirit” (1 Cor. 6:19). Moreover, the body does not merely “contain” the soul. Rather, body and soul compose the unity of a human person. Thus, the body and its integrity must be respected. There are situations, however, in which the body may be donated, when given proper consideration.

THE BODY AS GIFT

The ethics regarding donation of one’s body to science relate closely to the Church’s teaching on organ donation. The Catechism teaches, “Organ donation after death is a noble and meritorious act and is to be encouraged as an expression of generous solidarity” (§ 2296). The Church recognizes therapeutic uses of the body, including organ donations. Bodies are useful for scientific inquiry and training healthcare providers. Recognizing that donating one’s body to science can assist others, whether directly or indirectly, recent pontiffs praised anatomical gifts as acts of love and even a form of heroism. The Church cautions, however, that death must not be unnaturally hastened or prolonged for the purpose of donation.

While donating one’s body is praiseworthy, the presence of the body during the funeral is preferred. It allows for grieving and reminds us that the body is destined for future glory at the resurrection of the dead. When the body is not present for the funeral, as in the case of donation, there can be a memorial Mass but not the rite of Christian burial (including the reception of the body and final commendation). Parts of the donated body not used for therapeutic means are returned to the family of the deceased in the form of cremated remains. Once returned, a committal service should be held and the remains interred in the ground or a mausoleum.

A QUESTION OF DISCERNMENT

For the Christian, making a choice about donating one’s body to science is a personal discernment, with moral and spiritual facets, but without either moral obligation or prohibition. Each person should weigh the decision mindful of the dignity of creation and the importance of respecting the body in life but also after death. 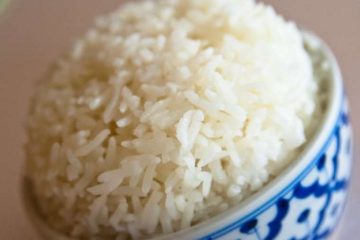