Archbishop Dennis Schnurr has given a chalice and paten to the seminary that he received from Pope Saint John Paul II.

The Archbishop received this precious gift in 1993 when he met Pope John Paul II in Denver, Colorado. The Archbishop was responsible for the planning and operations of World Youth Day that took place August 11-15, 1993. A grateful Pontiff showed his appreciation to then Father Schnurr by making him a Monsignor (August 13, 1993) and presenting him with this special gift on October 22, 1993 in Rome.

Mount St. Mary’s Rector Father Benedict O’Cinnsealaigh said, “It is a great privilege for our seminary to receive such a wonderful gift from the Archbishop especially because of its link not simply to a great Pope but to a Saint of the Church.” Fr. Benedict said that Archbishop Schnurr asked that the chalice be used for the celebration of the Mass and not simply stored away in a safe or displayed like an artifact.

The chalice and paten, engraved with the symbols of the four Evangelists and Pope John Paul II’s coat of arms, will be displayed occasionally for the public to see but it will also be part of Eucharist celebrations at the seminary. “This gift will be present at the most sacred moment of our community gatherings, at the celebration of the Mass, what a privilege and what a great way to recall a great Pope,” said Fr. O’Cinnsealaigh. 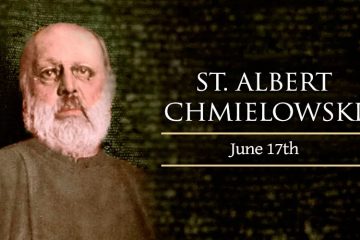