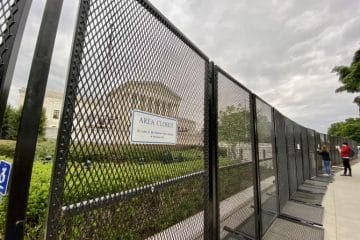 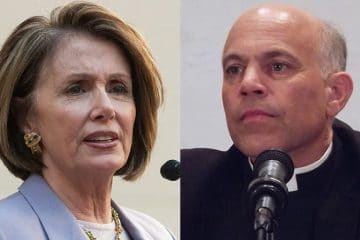 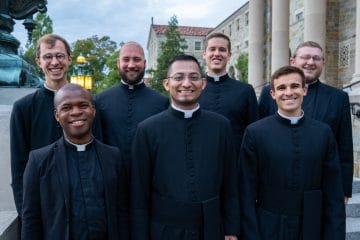 Tears flowed down the faces of Abigail “Abby” Agudelo’s classmates, as earlier this year she became the first student with Down syndrome to graduate from St. Augustine’s School in Andover, Massachusetts.

“We know other parochial schools in Massachusetts are striving to do the same today,” Abby’s mother, Wendy Agudelo, told CNA in an interview in August. “And because of Abby’s experience, other families who desire a Catholic school education for all of their children, including those containing a family member with special needs, are now looking at parochial school education as opportunistic.”

Because of her own mother’s strong Catholic faith, Wendy Agudelo had always wanted a Catholic education for all of her children. She also hoped Abby would have an academic path with “full inclusion,” and would not be placed in a classroom separate from other students.

After Abby’s time in public preschool, however, her mother was not certain of a combination of Catholic education and full classroom inclusion.

“We noticed a divide between what we wanted for Abigail and what the school felt she should receive given her diagnosis,” she said in an email to CNA.

It was during Agudelo’s search for a school that then-St. Augustine principal Paula O’Dea and pastor Fr. Peter Gori O.S.A. stepped into the breach, and decided that St. Augustine’s would accommodate Abby’s needs.

“When Abby and her wonderful parents first made their inquiry to us at St. Augustine School about enrolling, the principal and I were concerned that we might not have available all that Abby would need for a successful experience,” Gori told CNA in an email. “We and Abby’s parents all agreed to give it a try and that there would be no hard feelings if things didn’t work out.”

Gori said that Abby’s parents were “right all along” in believing that Abby would thrive at St. Augustine’s. “We received from her as much or more than she did from us,” Gori said. “It was a delight and a blessing every day and every year to have Abby at St. Augustine School.”

Wendy Agudelo told CNA that, in general, parochial schools may not have a significant amount of resources. She noted organizations that exist to educate and support parochial schools interested in broadening their demographics. She named the National Catholic Board on Full Inclusion and the FIRE Foundation as a few examples of these groups.

“Not every parochial school, or administrator for that matter, is interested in this path,” Wendy Agudelo said. “It comes with its set of challenges, but also great reward.”

She said that those who choose the path that St. Augustine’s School chose “ultimately earn the greatest return on investment.”

“Nine years ago,” Paula O’Dea told CNA, “we didn’t have any teachers with a moderate disabilities certification. Now, we have a lot of teachers with that as their second degree, and we’ll have two full-time special ed teachers on site.” O’Dea is currently admissions director for St. Augustine’s.

O’Dea, who was the school’s principal at the time of Abby’s entrance, believes that St. Augustine’s was the only elementary school in the Archdiocese of Boston to accept a student with Down syndrome.

She told CNA that in Abby’s time at public school, her parents observed her in the corner of the classroom with a special education teacher, “not really being included in anything in the classroom.”

When Abby first arrived at the school, O’Dea said the school decided that, in order to properly live out its Catholic mission, it needed to find ways to support any student who wanted to attend.

The school partnered with local Merrimack College to hire a student studying moderate disabilities as a subsidized, full-time teacher to support Abby. O’Dea said the school’s decision was a success, because it was affordable and effective for Abby. St. Augustine continues to have a “Merrimack Fellow” today.

O’Dea said that hiring the Merrimack Fellow was “a very small investment financially for us to have such a great outcome in the end.” She says she would recommend it as an alternative to hiring a full-time special education teacher for the classroom.

Abby’s parents said that they stood “shoulder to shoulder” with the administration and staff throughout Abby’s schooling. They encouraged teachers at every grade level to gain more professional development and experience with special needs through local conferences and workshops.

While working full time, both of Abby’s parents spent much of their time at St. Augustine’s volunteering at Kindergarten centers, the lunchroom, as a chaperone on numerous field trips, and as active guild members helping to run events and fundraisers.

Wendy Agudelo said that partnering and collaborating with the school “every step of the way” bore amazing results.

“In my opinion,” Agudelo said, “it’s not about available resources as much as it is a willingness to start with ‘yes’ and work together towards a shared goal.”

“We’re not alone and believe that the more families know, the more armed with opportunity they become,” she said. “We’re very, very fortunate to have found such great academic partners for our children, but pepper in some serious faith and a sprinkling of compassion, and nothing is impossible!”

“Abby’s achievement is very impressive,” said Thomas Carroll, superintendent of schools for the Archdiocese of Boston, to CNA. “But the biggest impact is the effect she had on the entire school community. They all were blessed to have her as a classmate or student.”

Unvaccinated clergy in Lexington, Kentucky barred from ministering to the sick and homebound elderly