As U.S. forces completed their withdrawal from Afghanistan on Monday, the head of a global charity was “devastated” as “endangered” Afghan employees were stranded and at risk inside the country.

“I am personally devastated that with all of these efforts, and, with all of this support that we were not successful in having any—not one—of the endangered Roots of Peace staff and family,” said Heidi Kuhn, CEO of the group Roots of Peace, in a Facebook post on Tuesday.

Roots of Peace is a global charity that does work in several African, Asian and European countries, including Afghanistan. It works to remove landmines from the ground and assist local farmers in growing sustainable produce.

Kuhn said her Afghan employees worked on U.S.-funded programs “for nearly two decades at great risk to themselves.”

Taliban militants rapidly defeated Afghan military units and took control of the country in July and August, as the United States withdrew military forces from Afghanistan. The Taliban, an extremist Islamic nationalist group, captured Kabul on Aug. 14 and took over the Roots of Peace compound on Aug. 15.

The last U.S. forces left Kabul, Afghanistan on Monday, leaving the country in the hands of the Taliban. Aid groups have warned that conditions in Afghanistan have already deteriorated for women and religious minorities – including Christians.

Kuhn said she had worked for eight days out of Istanbul, pushing for the evacuation of her group’s most vulnerable Afghan employees as the United States and third-party groups conducted humanitarian flights out of Kabul airport.

On Monday, she told Catholic San Francisco she was “praying for a miracle” to evacuate 76 Afghan employees from Kabul by the end of Tuesday, Aug. 31.

The group, which has around 400 Afghan employees, had filed U.S. immigration paperwork for dozens of its “most vulnerable” Afghan employees: 19 green cards, three requests for asylum, 53 special immigration visas, and admittance for one infant who was born in California.

Despite her group’s filing of necessary immigration paperwork, Kuhn said some of her Afghan employees were turned away at the south gate of Hamid Karzai International Airport in Kabul last week. It was a fate shared by desperate Afghan Christians seeking to leave the country, who reported being turned away at the airport by United States personnel in recent days.

Roots of Peace warns that its Afghan women employees are especially vulnerable under Taliban rule, and are not safe leaving their homes alone.

Following the withdrawal of U.S. forces, “I am looking for another route for my faithful employees,” Kuhn said on Tuesday.

The Taliban’s chief negotiator said it would not stop people from trying to leave Afghanistan, the New York Times reported on Monday. However, in the previous week, the Taliban had warned that it would prevent evacuations while the United States was conducting airlifts, and said it did not want Afghans to leave the country.

Kuhn she was “heartened” by support she received from the Holy See, the San Francisco archdiocese, and others as she sought to evacuate her employees. She also credited the office of House Speaker Nancy Pelosi for raising the cases of her employees at the highest levels of government. Roots of Peace is headquartered in the San Francisco Bay area, near Pelosi’s home district.

Drew Hammill, spokesman for Speaker Pelosi, told CNA on Tuesday that the office worked with Kuhn “for months” on the case of the Afghan employees and has been in contact with her daily. The office raised the cases of the Afghans directly with Secretary of State Antony Blinken, Defense Secretary Lloyd Austin, and Gen. Mark Milley, chairman of the Joint Chiefs of Staff, on a recent call, he said.

The House also passed legislation to increase the number of Special Immigration Visas for Afghans and to relax the visa restrictions for Afghan workers at U.S.-based NGOs, he noted.

The United States had announced an Aug. 31 deadline for withdrawal from Afghanistan, before Taliban militants in July and August rapidly defeated Afghan military forces and overran the country. The United States then scrambled to deploy more military units to Kabul, to facilitate its diplomatic and humanitarian evacuation.

The Taliban gave the United States an Aug. 31 “red line” deadline to withdraw troops from Afghanistan, and the last U.S. forces left the Kabul airport on Monday.

Afghan Christians and other religious minorities, as well as Afghans who had assisted the U.S. military as interpreters or in other capacities, pressed to leave the country as the Taliban established the Islamic Emirate of Afghanistan. However, many Afghans reported difficulty accessing the Kabul airport due to crowded conditions and Taliban checkpoints. Others reported making it through checkpoints only to be turned away at airport gates by United States personnel.

Aid groups have warned of deteriorating conditions for Christians and other religious minorities under Taliban rule, with fear of “mafia-style” killings. The groups have also expressed concern for Afghan women, who have reportedly been required to have a male escort when leaving their home in some parts of the country.

On Aug. 25, Archbishop Salvatore Cordileone of San Francisco stressed the urgency of evacuating the Roots of Peace employees.

“For all Catholics, I am requesting your urgent prayers to Our Lady of Sorrows on behalf of these workers,” he said. “This is just one tragedy of many that will unfold as Christians along with Muslim Afghans who worked with Americans are targeted by the Taliban.” 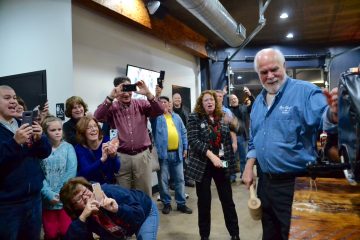