As a young boy, Anthony DiCello would sit outside school listening to his brother’s choir practice. When he got home, he’d recreate what he heard on a toy piano. That was the genesis of a profound career in liturgical music that spanned 26 years and officially came to a close on June 30.

DiCello retired this past summer as music director for the Cathedral of St. Peter in Chains in downtown Cincinnati after 26 years in the position. He is also retiring from his role as Director of Music for the Archdiocese of Cincinnati. DiCello came to Cincinnati in 1984 to work as a faculty member and music director at Mount St. Mary’s Seminary & School of Theology and took on his role at the cathedral a decade later.

DiCello’s first liturgical music job came at the age of 13, when he became the organist for his home parish in Wellsville, OH. He continued in that role through high school and studied a variety of music in college. He got his first job as a music director at age 20, at St. Columba Cathedral in Youngstown. His next stop was Dallas, TX, to serve as Director of Music for that diocese and its seminary. After that, he moved to Cincinnati. His career in music has spanned nearly six decades.

“Serving as music director for Saint Peter in Chains Cathedral for the past 26 years has been a very blessed time for me,” DiCello said. “I have a special place in my heart for the cathedral parish community. It has been such a privilege to lead musical prayer in this cathedral parish setting with these faith-filled parishioners. The parish has been very supportive.”

“Tony DiCello has been a vital part and the inspiration that has led to the high quality of the liturgy as it is celebrated in the Archdiocese of Cincinnati,” he said. “For 36 years, as a teacher to our priests and deacons and as the director of the cathedral musical program, there are none to compare. The quality of those who were interested in replacing him alone has been a testament of how others view what he has done here in our archdiocese. We enjoy a quality of music in our cathedral church that has often, as Mass has ended, left me wondering if perhaps I had died and gone to heaven.”

DiCello’s successor is Matthew Geerlings, who has spent the past 20 years as music director for the Cathedral of the Epiphany in Sioux City, IA. Geerlings was one of 51 applicants for the role. The application process included several interviews as well as auditions on the cathedral organ. DiCello had an advisory role on the search committee.

“As the time has come in my life to retire from full-time church music ministry, I leave with a profound sense of gratitude,” DiCello said. “What a privilege it has been to serve the Church of the Archdiocese of Cincinnati. I am so grateful that the Lord has allowed me to make music in such a wonderful place, among such wonderful people.”

This article originally appeared in the September edition of The Catholic Magazine. For your complimentary subscription, click here. 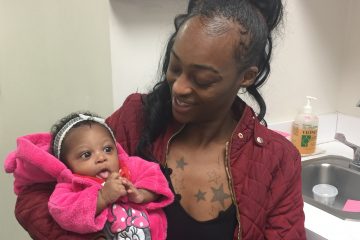