DAYTON DEANERY — Just weeks before celebrating the 50th anniversary of his ordination to the priesthood, Archbishop Daniel E. Pilarczyk revisited the places where his priestly vocation was nurtured.

He celebrated Mass Dec. 1 for students at St. Anthony School in Dayton, the school he attended through sixth grade. About two dozen parishioners joined the students for the Mass. Father Christopher Coleman, St. Anthony pastor, concelebrated.

“I’m glad to be with you today to celebrate the Eucharist,” the archbishop told the students. “I used to go to school here a long time ago.”

He explained that the current church was not yet built when he was a student at St. Anthony in the 1940s; Mass was held in the school gym.

Archbishop Pilarczyk urged the students to thank God for His gifts and to be grateful. He asked them to list the blessings from God such as their parents, friends, faith, teachers, relatives, pets and, even, sports.

“If you think about it carefully, you will never run out of things to be grateful for,” Archbishop Pilarczyk said. “It’s always appropriate to say thanks to the Lord, because God is always reaching out to bless us.”

Those who haven’t made gratitude a part of their life and rarely thank God or those around them ignore the generosity of God and others, he noted.

“Nobody really likes people who aren’t grateful because people like that are selfish and self-centered and basically boring,” the archbishop said. “People who are not grateful live in a narrow little world whose only significant inhabitant is themselves.”

The Mass and archbishop’s homily impressed the students.

“I thought it was nice, reverent,” said Paul Merkle, an eighth grader. “We should give thanks and not be greedy and selfish.”

The students were very pleased that the archbishop visited St. Anthony.

“I thought it was nice to have him come here and take time out of his busy schedule to see the kids,” said Nathaniel Burger, also an eighth grader. “I thought it was a great homily for kids who don’t pay attention to what they do have.”

The students presented Archbishop Pilarczyk with a basket of gifts and cards made by each class. Longtime St. Anthony parishioner Martha Loper also brought the archbishop a card.

Father Coleman, who was named pastor at St. Anthony Parish about 18 months ago, invited the archbishop to celebrate Mass with the schoolchildren in honor of the Year for Priests. Each month a priest involved in a different priestly ministry is invited to address the students and celebrate Mass.

“Every month we bring in a different aspect of the priesthood,” Father Coleman said. “I feel the job of the priest is to preach the Gospel.”

In preparation of Archbishop Pilarczyk’s visit, teachers discussed who he is and his role in the church, Father Coleman said. A running joke at the school was that Father Coleman’s boss was coming. The archbishop’s ties to St. Anthony’s made the visit even more unique.

The visit gave the students the opportunity to see firsthand another dimension of the church hierarchy. For many, it was the first time they had been to a Mass celebrated by the archbishop.

“It’s eye-opening that they are part of a larger church,” Father Coleman said. “The kids are just in awe of seeing that witness of the faith.”

After the Mass, Archbishop Pilarczyk traveled two blocks away to the house on Deanwood Avenue (formerly Demphle) that was his boyhood home. He recalls walking to St. Anthony from the white duplex with its red-brick front porch.

Though he left St. Anthony for Sacred Heart Latin School after the sixth grade, St. Anthony classmates remember the future archbishop as a regular student.

Archbishop Pilarczyk also returned to the old neighborhood for reunions of his St. Anthony class.

“He came up by himself,” said former classmate Lawrence Luhers. “He always enjoyed himself. He always had a good time, just like one of the graduates.”

See related story: ‘I always presumed I would be a priest’

The Catholic Moment: Blessings and gratitude

Venerable Fulton Sheen ‘should be made a saint’, says Peoria coadjutor bishop 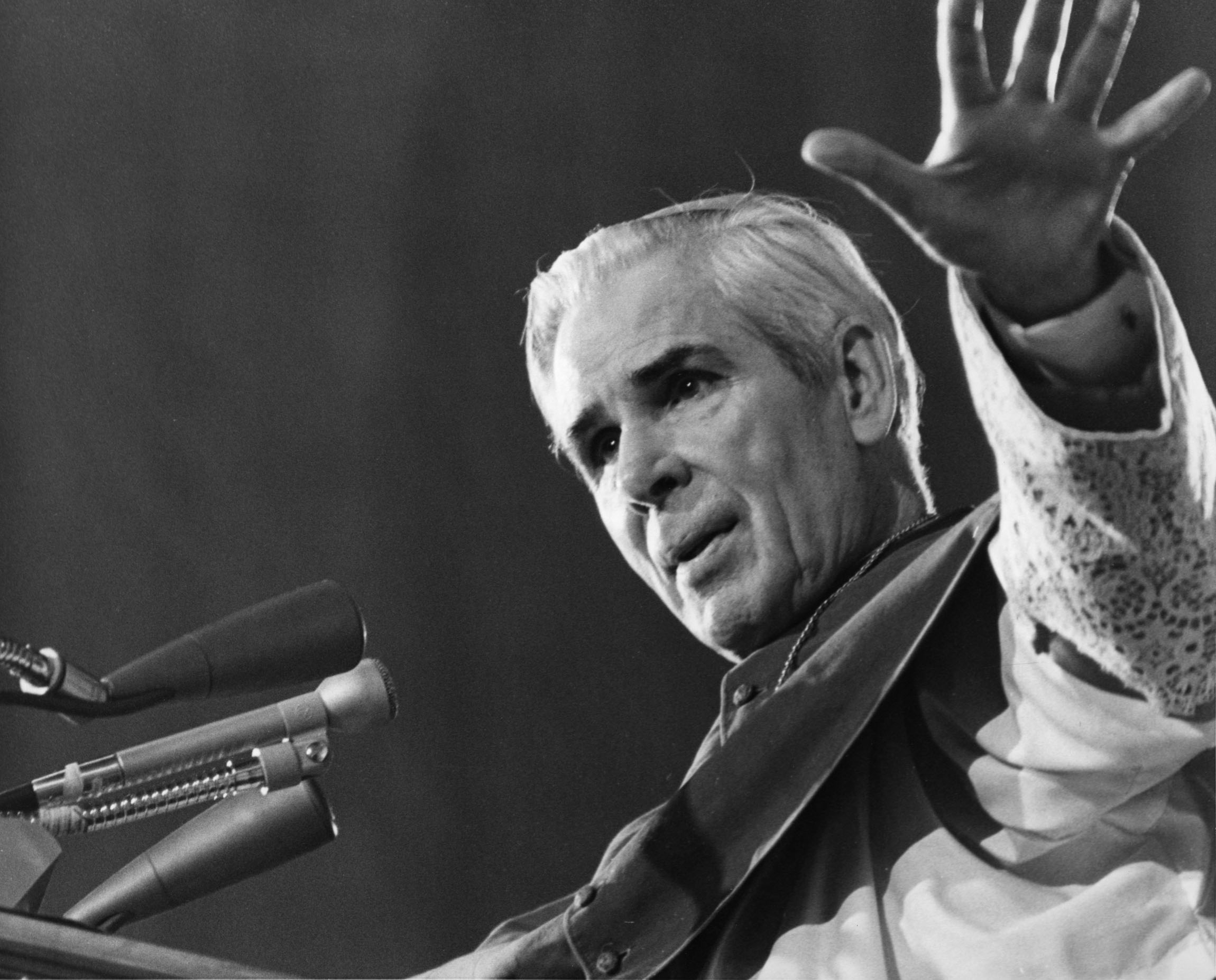